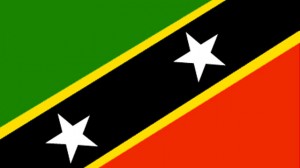 On Monday, High Court judge, Justice Trevor M. Ward upheld a motion by Jamal Jeffers, a self-described gay man, who challenged the constitutionality that sections 56 and 57 of the Offences Against the Person Act, criminalises buggery and indecent assault against males respectively.

Jeffers, a citizen of St. Kitts-Nevis as well as the second claimant, St Kitts and Nevis Alliance for Equality (SKNAFE), had in a motion dated January 28 last year, sought declarations that sections 56 and section 57 of the Act contravene the constitutional rights enshrined in sections 3, 7, 12 and 15 of the Constitution of the twin island Federation.

In his ruling, the judge said that Section 56 of the Offences Against the Person Act, contravenes sections 3 and 12 of the Constitution “namely, the right to protection of personal privacy and the right to freedom of expression, and, as such, is null and void and of no force and effect to the extent that it criminalises any acts constituting consensual sexual conduct in private between adults”.

Justice Ward said also that Section 57 of the Act also contravenes the Constitution “namely the right to protection of personal privacy and the right to freedom of expression, and, as such, is null and void and of no force and effect to the extent that it criminalises any acts constituting consensual sexual conduct in private between adults”.

In its statement, ECADE welcomed the “second case of historic precedent” following a similar ruling in Antigua and Barbuda delivered on June 27, this year.

“These laws have been declared void to the extent that they apply to persons above the age of consent who engage consensually and in private in the sexual acts described. The offence of buggery continues to be in force in circumstances where the sexual acts are not consensual or involve minors.

“This is the second progressive judgment in a five-country legal challenge launched by ECADE in 2020. ECADE applauds this decision on behalf of all lesbian, gay, bisexual, transgender, queer and intersex (LGBTQI) people in St. Kitts and Nevis and across the Caribbean, whose privacy and security are no longer compromised by these outdated laws,” ECADE said.

ECADE executive director, Kenita Placide said of the seven Caribbean and 34 Commonwealth countries that criminalised same-sex intimacy,” this is the second to strike down these discriminatory laws in 2022.

“Our strategy has been multi-layered; working with activists on the ground, our colleagues, friends, allies and family. This win is part of the transformative journey to full recognition of LGBTQ persons across the OECS. It is a definitive yes to change, yes to privacy, yes to freedom of expression, and we are happy to be part of this historic moment.”

SKNAFE executive director, Tynetta McKoy, said “this decision strongly establishes that a person’s sexuality should never be the basis for any discrimination. We welcome the recognition of this fact, one for which we have long advocated.”

“Although custodial sentences are rarely imposed, those convicted under these laws can face imprisonment for up to 10 years. Other constitutional challenges in Barbados and St. Lucia, are expected to be concluded before the end of 2022,” it added.