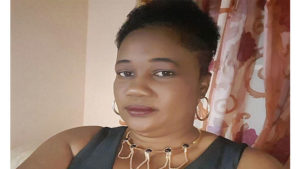 Twenty-one-year-old Rennell Daniel of Westbury has been charged for causing the death of Melisa Lawrence (42 years old) of New Castle.

Following an autopsy on Lawrence’s body on Tuesday, January 14, 2020, it was concluded that her death was due to a Pulmonary Embolism (blood clot in the lungs) due to a fractured leg as a result of a traffic accident.

Lawrence was one of four occupants of a vehicle that was involved in a traffic accident on January 01, 2020. The accident occurred along the island Main Road in Cotton Ground, Nevis. It involved motor jeep P6654 which is owned by Terrance Wyatt of New Castle, but was being driven by Rennell Daniel. Circumstances are that at about 4:20 a.m. the vehicle was traveling in the direction of New Castle and collided with a wall when it got in the vicinity of Nelson’s Spring. The driver and all three passengers were taken to the Alexandra Hospital for medical attention.