Home / Sports / Draymond Green: ‘Talking 82 games, we get bored with that after awhile’

Draymond Green: ‘Talking 82 games, we get bored with that after awhile’ 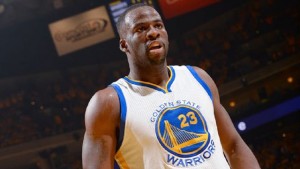 “It’s kind of at a point now where you’re ready for the regular season to be over,” Draymond Green said.

OAKLAND, Calif. — Following Golden State’s stunning 124-117 overtime loss to the Minnesota Timberwolves on Tuesday night, Warriors forward Draymond Green conceded the team had at least gotten distracted by the possibility of winning 73 games and said the Warriors are ready for the regular season to be over.

Green also said the Warriors are ready for this particular segment of the season to finish.

Green continued, “Now, saying that, we got to be a better enough ballclub to continue to try to get better with these games and try and go into the playoffs the right way and not stumble in the playoffs, so, think that’s something we have to focus on. We got to try to finish out this regular season strong.”

To best the 1995-96 Chicago Bulls’ record of 72 wins, the Warriors will have to win all of their remaining four games. Golden State’s next game is against the San Antonio Spurs on Thursday in Oakland.

Tuesday night’s loss was the Warriors’ second loss in their past three games and their second loss at home after Friday’s defeat to the Boston Celtics ended at 54-game home winning streak in the regular season.