Dr. Patrick Martin Says The Trend Of Government Handouts Could Bankrupt The Country 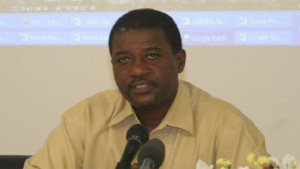 “Seeking after government handouts is like sitting in the sidewalk and begging bread. This is exactly what programmed dependency encourages. A mentality of getting things without effort.”

That was Retired Chief Medical Officer Dr. Patrick Martin, commenting on the potential negative impact of dependency on government assistance.

In his most recent commentary entitled “Emancipation From Programmed Dependency”, Dr. Martin looks at the implications of the government initiative the Poverty Alleviation Program (PAP) for both recipients and government. Under PAP households earning a total income of less that $3000 are paid $500 per month. He also touched on other means of government “handouts”.

“In November 1937, Marcus Garvey spoke at the MIS Hall, Lower Market Street. He said, “Your island is your garden of Eden”. “You must work and get things for yourself”. Bob Marley sang similarly: “Not one of my seeds /Shall sit in the sidewalk and beg bread”.

“Programmed dependency exists when otherwise able adults are officially categorized as poor without scientific assessment including means-testing. Such persons may be given money from the Treasury without performance conditions. If not money, a contract, house or land may be part of the giving and receiving. How serious is programmed dependency in the Federation? The Poverty Alleviation Program (PAP) provides insight. As of the end of June, 3,928 poor households were receiving direct monetary assistance. However, there were 2,322 poor households recorded by 2008 Poverty Assessment Survey.

The data suggests an increase in household poverty from 13.5% in 2008 to 20% in 2019 during a time of positive GDP growth, favorable debt-to-GDP ratio and fiscal surpluses. Surely, a rising economic tide should have lifted more households out of poverty. The PAP payout as of the end of June was EC $ 13.5 million. How much of this quantum is going to undeserving households?”

The social activist says the millions of dollars government dishes out through these types of programs is unsustainable and could eventually have deleterious effects on the overall economy. Dr. Martin posits therefore such practices should be done away and instead the government should embark on initiatives that put more people to work. He also advocated skills training and higher education among the populace.

“Programmed dependency is unsustainable and must be stopped. Neither Social Security nor National Health Insurance are viable if the financial burden of dependents is greater than the taxes paid by workers. A bankrupt Social Security or NHI suggest a failed state. Such can happen in the Federation if its mounting rates of chronic disease and dependency continue unabated.

There is hope. It is known that “A creative and productive workforce contribute more to long-term economic success of a nation than virtually any other resource” (World Economic Forum, 2016 Human Capital Report). Thus, if this year’s emancipation commemoration had a Twitter feed, #creativeproductive would have been a most appropriate handle. It captures the essence of continuously advancing human capital which is the mother all engines of growth for every small nation.

“Human capital improvement should be the principle driving poverty alleviation. Any such program should be about empowering people with skills to lift themselves out of poverty. Teaching people how to fish is far better than merely giving fish. A best practice was the MEND program in St. Kitts discontinued post-2015. It should be re-instated. Interestingly, MEND’s twin, the RISE program in Nevis remains operational. Overall, nothing is more empowering of human capital than universal education. In 1968, St. Kitts and Nevis was the first in the region to achieve free universal secondary education. Consequently, many households have been lifted out of poverty and dependency.

“The next level is to increase the uptake of universal tertiary education and training from 17% achieved by 2015 to at least 50%. That way, more residents will become more competitive in the productive sectors at home and abroad.

In 1937, Marcus Garvey also said, “The poor of this world do not worry about their minds but about their stomachs.” Harsh but true. Programmed dependency is about keeping stomachs full but minds empty of empowering skills. Affected persons are easier to manipulate.

“Let us stop wasting money on programmed dependency. Let us invest optimally in human capital improvement to maximize creativity, productivity and good work ethic. Such is the nature of transformational politics.”