Home / National / Dr. Douglas promises a society without fear of discrimination by government under a new SKNLP administration

Dr. Douglas promises a society without fear of discrimination by government under a new SKNLP administration 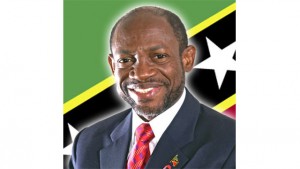 With thousands of people concerned about the rampant victimisation and fear imposed by the Timothy Harris-led Team Unity dictatorship, imposed on St. Kitts and Nevis following the February 16th General Election, Leader of the Opposition, the Right Hon. Dr. Denzil L, Douglas is promising a return to a society without fear of discrimination by government.

Laying out the vision of the next Labour Party administration, National Political Leader of the St. Kitts-Nevis Labour Party (SKNLP), the Right Hon. Dr. Denzil L, Douglas, is promising a society replete with opportunities for the people to realize their ambitions in relation to employment, entrepreneurship, and the pursuit of a trade, profession, or vocation.

“A society bustling with economic activity from which our people draw sustained and substantial increases in income and in the quality of their lives over time. A society in which our businesses can operate freely without having to pay protection money to protect them from criminals or to pay bribes to give them a chance of surviving in the face of unfair competition from entities associated with the friends and families of the members of the Government,” Dr. Douglas, the former Prime Minister told over 700 delegates, business leaders and the diplomatic corps during the public session of the 85th Annual Conference at the St. Kitts Marriott Resort on Sunday afternoon.

The four-term prime minister is also promising a society in which all citizens respect the law and none is held above the law.

Dr. Douglas called for collaboration with all of like-minds to create that society in St. Kitts and Nevis.