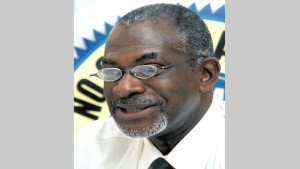 Don Anderson yesterday pointed out that the poll he conducted for the then governing St Lucia Labour Party (SLP) was done eight weeks ahead of the general election and, as such, could not be and was not a prediction of the outcome of the June 6 vote.

Anderson was responding to Wednesday’s Jamaica Observer story that reported that the poll had shown that the SLP would have won the election with 11 of the 17 parliamentary seats. However, after the votes were counted on Monday night, the Opposition United Workers Party (UWP) triumphed with an 11-seat majority.

Anderson said he was commissioned by Dr Kenny Anthony’s SLP to conduct the poll to test the level of public support for the party. “Fieldwork for the poll was conducted between the 7th of April and the 14th of April 2016. In that poll, taken significantly before even the election date was announced, the findings had the SLP ahead of the UWP in the majority of the 17 constituencies with at least two of them locked in a dead heat,” Anderson explained.

He said that the summary from that poll was that if the election were to be held then, the SLP would retain the Government. However, on May 20, the Government called a snap election for June 6, allowing just 16 days to election day.

“No poll conducted eight weeks before an election can be used as a basis for predicting the outcome of an election,” Anderson pointed out. “My success and strong reputation as a pollster in Jamaica and several other Caribbean islands (Grenada, St Kitts and Nevis, and Antigua and Barbuda) has been built partially around the independent collection of data from several polls, generally a minimum of six for each election.

This allows for a trend to be plotted and a clear indication established as to how the election could go. Certainly the last of these polls is normally conducted within a week of the election day. This is fairly standard for pollsters.”