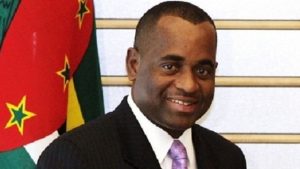 At a public rally last evening, Skerrit made fun of the UWP’s recent leadership challenges calling it a “headless political party”.

“They have surrendered. Life is about choices that is their choice and we respect their choice. If I was in a party that had no leader, no policy, philosophy or friends local or foreign and no active presence in the villages and communities and constituencies in Dominica, I would say to that party ‘don’t run, you do not want to get defeated a sixth time again,” he told Dominica Labour Party (DLP) supporters gathered at the Windsor Park Forecourt.

The UWP said it was boycotting the snap election on the grounds that electoral reform such as a clean voters list is needed.

The party said Skerrit’s snap election is “an affront to our democracy and an insult to our people”.

The UWP has urged President Charles Savarin “to revoke the calling of election by the Prime Minister”.

He noted that the opposition had been demanding for a snap general election to be called weekly since the DLP won 18 of the 21 seats at the 2019 polls.

Skerrit assured that the election will be free, fair and will reflect the will of Dominicans.

The prime minister said “lawlessness” that occurred during the 2019 election will not be tolerated this time around.