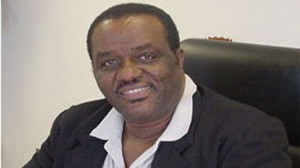 Attorney General Steadroy “Cutie” Benjamin said he does not intend to give ‘absolute privilege’ to parliamentarians in the proposed Defamation Act.

Absolute privilege is a complete defense to an action for defamation in English law.

If the defence of absolute privilege applies, it is irrelevant that a defendant has acted with malice, knew information was false or acted solely to damage the reputation of the other party.

Benjamin said this defence is excluded from the proposed law because he believes parliamentarians should be held to the same level as the rest of the people.

“Under the old law, there was absolute privilege given at parliament and you say what you like. We thought it was unfair to do so…you must be responsible in what you say. Some persons have brought it to my attention, saying Mr Attorney General we notice the defence of absolute privilege is abolished. It will be abolished because it is a give and take and you must be responsible for the words and for what you write about persons,” he said.

In some defamation acts in other countries, absolute privilege can be deployed in a narrow range of cases.

One such is in Parliament; another relates to statements made in judicial proceedings which are protected and a third is the communication between a solicitor and the client.

The defamation Bill, which replaces the Libel and Slander Act will be debated in Parliament on February 19.

Currently, under the Libel and Slander Act, an individual can be jailed for up to three years for defaming someone’s character.

The Bill, and other laws of Antigua & Barbuda can be found on the website for the Ministry of Legal Affairs http://www.legalaffairs.gov.ag/.

The website was launched yesterday and is managed and edited by Ryan Johnson, who is contracted to work with the ministry for the next three years.