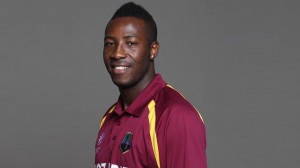 West Indies star allrounder Andre Russell is set to undergo a fitness test with a view to making him part of the region’s bid for a third lien on the Twenty20 World Cup set for Australia this year.

It has been more than a year and a half since Russell last represented the West Indies in a T20 International with the 2019 World Cup marking the last time he suited up for the side.

During that World Cup Russell was unable to finish a game without treatment and seemed in real pain. He had to do knee surgery after limping out of one game, but seems on the comeback trail, having played in a number of domestic T20 games around the world.

“So he will go through a fitness test to see how his knees have recovered from the injuries that he suffered and allowing us to see if he would be passed fit medically – which is the first stage – and injury free in terms of his ability to both bat and bowl.

“He would then build up his fitness levels and hopefully through performances in the Indian Premier League (IPL) make himself available for selection for the West Indies.”

Russell is expected to turn out for the Kolkata Knight Riders when the IPL season bowls off on March 29 later this year.

Russell’s partner at KKR, mystery spinner Sunil Narine is also somebody the West Indies are keeping a close watch on.

Narine played through a finger injury during last year’s Hero Caribbean Premier League (CPL), and has also, for a number of years, struggled with his action.

“He’s obviously been a player that has been a fantastic servant and player for West Indies, particularly in white ball cricket, but at this stage, Sunil is still working on his action,” said Grave.

“He obviously had the finger injury which took him out and made him struggle to bowl, and we’re hoping that he’s going to be fully fit … and be able to bowl his full portfolio of deliveries for the IPL and then fingers crossed, from the West Indies point of view, all goes well and he can follow that through into the CPL and hopefully be in form and be available for the World Cup.”

The T20 World Cup in Australia takes place in October.