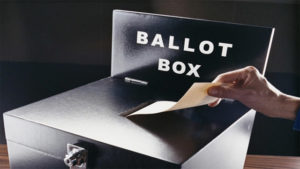 A decision by the Court of Appeal in Barbados has paved the way for more people to vote, but it may not be in time for the May 24 general election.

Yesterday 17 days before the poll, the court threw out the longstanding rules of the Electoral and Boundaries Commission (EBC) that blocked Commonwealth citizens from voting. The ruling means that those living here for three years can join the list of eligible voters.

Previously, the EBC had stated it was its long-held policy that the agency was not authorised to register anyone as an elector in Barbados, unless that person was a citizen or person having the immigration status of resident or immigrant in Barbados.

The decision was handed down by Justices of Appeal Kaye Goodridge, Andrew Burgess and Margaret Reifer.

Nicholls, who was one of two lawyers in the courtroom, said the appellate court ruled the EBC and Chief Electoral Officer unlawfully refused to register the respondents on the electoral list.

“What the court did was to examine the Representation of the People Act. Not only must one be qualified to register, one must actually fill out the Form 1 application form. Section 7 sets out the criteria for eligibility, which is you’re either a citizen of Barbados or a Commonwealth citizen who has been residing in Barbados for three years.

Additionally, the court said the EBC had 24 hours to determine if Ventose was eligible to be registered on the voters’ list under Sections 7 and 11.

Nicholls said he did not know if they would get onto the list for elections.

“Today (yesterday) was the last day to ensure your name made the list. If your name is not on the list, and you have applied and meet the criteria, there is a process you can use to appeal to the Chief Electoral Officer for not being on the list.