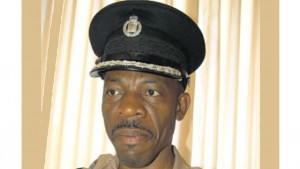 ANOTHER layer is about to be added to accountability in the Jamaica Constabulary Force (JCF) with the outfitting of police personnel with the long-touted body cameras.

Cops are scheduled to start wearing the recording devices between the first and second quarter of this year, Police Commissioner Dr Carl Williams told senior journalists on Friday.

“We have a number of them here already; it’s just a matter of training the police officers,” Williams added.

The commissioner’s disclosure comes two years after Security Minister Peter Bunting announced at a post- Cabinet press briefing that cops would be wearing body cameras before the end of 2014.

Bunting’s disclosure was made amid renewed concerns over allegations of extra-judicial killings and misconduct by members of the force.
The minister was reported last year as saying that, based on discussions with the leadership of the JCF, the cameras would chiefly be worn by those police personnel while on raids.

The commissioner, however, did not give specifics about who would wear the cameras.

Proponents for body camera have argued that deployment of the devices will strengthen accountability and transparency within the force.

“This can be attributed to the uncompromising stance taken by the entire JCF to safeguard the human rights of criminal offenders, even as we seek to bring them to justice,” Williams said.

The commissioner said also that the police have been “well served” by the deployment of less lethal weapons.

But the Independent Commission of Investigations (INDECOM) could also be a factor in police officers committing less fatal shooting.

A number of police officers told the Jamaica Observer that fear of prosecution by INDECOM has caused them and their colleagues to think twice before discharging their weapons.