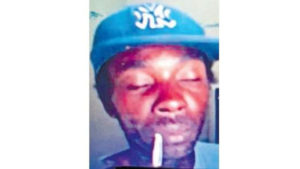 AFTER scouring several parishes in search of Jasmine Dean, the police are now relying on the public to help them identify a man they have pointed out as a person of interest in connection with her disappearance.

Head of the constabulary’s crime portfolio, acting Deputy Commissioner of Police (DCP) Fitz Bailey, has also said that Dean’s cellphone placed her in Bull Bay at about 10:34 pm on February 27.

Forty-five minutes later, Bailey said, there was movement in Harbour View, St Andrew. The visually impaired university student’s phone was last active about 12:35 am on February 28 in downtown Kingston.

The acting DCP, who was providing the media with an update into the investigation from his Oxford Road office in St Andrew, said the police had conducted inquiries in Manchester, Ocho Rios, and many communities in the Corporate Area, including Seaview Gardens, Waltham Park, west Kingston, Papine, August Town, Palisadoes strip, Jones Town, Bull Bay, Harbour View, Windward Road, and Lyndhurst Road.

Giving a timeline of how the investigation had unfolded, acting DCP Bailey said, on March 7, Dean’s father, brother, and a 23-year-old cashier who is also from Bull Bay, St Andrew, were interviewed and their statements recorded.

On March 9 further investigations were conducted at The University of the West Indies, Mona.

The crime chief said, during the visit, copies of her student profile and her schedule were obtained.

A DVD containing video footage from the moment Dean exited the university’s back gate, to the point where she entered a taxi, was also obtained.

Noting that the police are stilling viewing the video footage in the hopes of finding a clue or a person of interest, acting DCP Bailey said the owner of the motor car that reportedly transported Dean to Papine, as well as a snack vendor were also interviewed.

“A statement was recorded from the driver of a black Honda Stream station wagon… which was later seized and placed in safe keeping at the Mona Police Post. Later that same day, the Honda Stream was photographed and processed by forensic crime scene investigators assigned to Area Four Scenes of Crime Unit. On conclusion, the car was released.

“A decision was made by the high command that the case should be reassigned to the Major Investigation Division of the JCF (Jamaica Constabulary Force), which is headed by Superintendent Paul Thomas,” acting DCP Bailey said.

Continuing the update, he said vital information had been obtained during an operation in west Kingston.

Another operation was carried out on March 11 between the hours of 5:45 pm and 7:40 pm at a location in Greenvale, Manchester, and at several premises on Lyndhurst Road, in search of Dean, persons of interest, and her belongings.

The next operation took place on March 17 about 4:00 pm, the acting DCP said, during which a 27-year-old security guard of 11 Miles, Bull Bay, and his common-law wife were questioned and their statements recorded.

A motor car and a cellphone were seized and later submitted to the Communication Forensics and Cybercrime Division for analysis, Bailey continued.

Dean, who has been missing since February 27, was last seen in Papine square in Kingston 6 about 9:00 pm dressed in a white blouse, blue jeans, and a multicoloured backpack which contained her laptop.