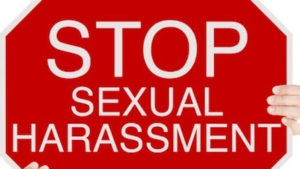 A concerned citizen is making serious allegations of sexual misconduct within the Royal St Christopher and Nevis Police Force. An article, widely circulated on social media, charges that sexual exploitation is rampant within the force.

The article, which calls on the Commissioner of Police Hilroy Brandy and Minister of National Security and Prime Minister of St. Kitts and Nevis, Dr the Hon. Tmothy Harris to launch an investigation, states quote “It’s high time that high ranking male officers – Sgts, Insp, Supt, ACPs and in some cases CoP – stop abusing their powers to prey on young and newer female recruits and officers. They advance themselves and make the life of WPCs very difficult unless sexual favors amongst other things are exchanged for regular schedules, fair assignments of duties, prompt relief of shifts and fair participation in extra duties and training for advancement. Just like the male officers are afforded, since they have no dignity or nothing to lose.

We need the intervention of whatever available ethics committees and professional standards and most importantly other high ranking female officers and the CoP to change this perception and repair the ongoing trauma associated with the aforementioned. WPCs are subjected to these conditions unfairly and usually either end up succumbing to the fantasies of these high ranking officers or quit or become ruined by getting raped or becoming pregnant. Some end their careers prematurely to avoid the shame or to protect the same officials. WPCs’ lives are changed forever for having their families and marriages destroyed, and for being ridiculed and scorned by loved ones.

Who will protect the lives of these WPCs in an establishment where public servants swear to uphold the law and be of good moral character? Who will muscle up the courage to either install firm SOPs and codes of conducts to swiftly and permanently punish, retard, and if needed, end the career of officers of the law that deliberately and carelessly seek to destroy and manipulate the lives of their own WPCs – just in effort to get some sick inappropriate sexual urge realized.

Today as a fellow WPC I will be the outlet for those other WPCs who are scared, and who have to suffer through this unfair, toxic work environment. We have spouses, significant others and family members that are proud of us and are looking for us to make a difference and empower ourselves. We’re not sexual objects. We’re not inferior, and we should not have to be subjected to the indecencies we’re met with because of the lack of fear of being punished. We will not be threatened nor silenced anymore.”

Freedom Fm contacted COP Brandy for a comment on Monday, however in was in a meeting.