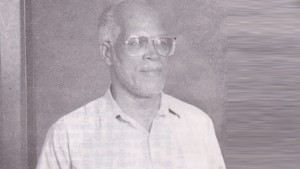 The name of the College of Further Education was changed in 1998 in honour of Sir Clarence Fitzroy Bryant who was at the forefront of the planning stages of the institution. As the then Minister of Education, Health and Social Affairs, he put forward a proposal in 1978 for several educational initiatives among which was the establishment of a tertiary level institution to offer first year university courses and to provide the middle management and paraprofessional skills needed for economic and social development in St Kitts and Nevis. He argued for the cost effectiveness and the utility of establishing one post-secondary institution, bringing together teacher training, first year university courses, training for nurses and in-service courses for civil servants.
February 27 is the birthday of the late Fitzroy Bryant.