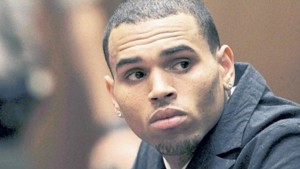 US singer Chris Brown has been arrested in France following an accusation of rape.

Police officials in Paris have confirmed that the 29-year-old and two of his associates, including a bodyguard, have been detained as an investigation takes place.

Initial reports indicate that a 24-year-old woman has claimed Brown raped her on the 15 January after meeting him at a Parisian nightclub near the Champs-Élysées.

She followed the singer to his hotel room where the incident allegedly occured.

The woman claims that two of Brown’s acquaintances also assaulted her.

A source has told AP that interviews and other enquiries are ongoing. Brown was previously charged in 2009 of assaulting the artist Rihanna, his then girlfriend, at a pre-Grammys party.

After admitting to the allegations, Brown was sentenced to five years probation, one year of domestic violence counselling, and six months of community service.

He was also given a five-year restraining order which required him to stay 50 feet away from Rihanna at all times – reduced to 10 at public events.

Model Liziane Gutierrez has previously claimed she was punched by the father-of-one, but the accusations never led to court action.