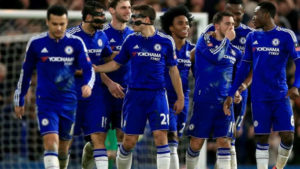 Chelsea have been banned from signing players in the next two transfer windows for breaching rules in relation to youth players, FIFA has announced. The ban, until the end of January 2020, does not prevent the release of players and will not apply to their women’s and futsal teams.

The Premier League club have said they will appeal the decision. Chelsea have also been fined £460,000, while the Football Association (FA) has been fined £390,000.

It comes following a FIFA investigation into Chelsea’s signing of foreign under-18 players, including former striker Bertrand Traore. The world governing body says it found breaches in 29 cases out of 92 investigated.

“We welcome the fact FIFA has accepted that there was no breach in relation to 63 of these players, but the club is extremely disappointed that FIFA has not accepted the club’s submissions in relation to the remaining 29 players,” said a statement from the Stamford Bridge club.

“Chelsea acted in accordance with the relevant regulations and will shortly be submitting its appeal to FIFA.” The FA has been told by FIFA that it must “address the situation” regarding the international transfer and registration of minors.

A spokesperson for English football’s governing body said it had “co-operated fully” with the investigations and had “raised some concerns” regarding FIFA’s disciplinary processes.

A statement said: “The FA intends to appeal against the decision. We will, however, continue to work with FIFA and Chelsea in a constructive manner to address the issues which are raised by this case.”