Home / International / Cervical cancer can be eliminated. We must do more to prevent this deadly disease

Cervical cancer can be eliminated. We must do more to prevent this deadly disease 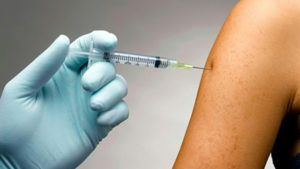 Only a few cancers can be eradicated around the world. Cervical cancer is one. We have the tools and technical expertise to eliminate cervical cancer in the United States, but we lack the leadership, drive and advocacy to make this happen. That must change.

Globally, cervical cancer is the fourth most common cancer among women. In 2018, more than 300,000 women died from cervical cancer, even though the disease is largely preventable. In 2019, the World Health Organization (WHO) took the bold and important step of drafting a comprehensive strategy to eliminate cervical cancer as a public health problem.

Why could they call for the elimination of a deadly cancer? Because vaccines for human papillomavirus (HPV), which causes cervical cancer, are readily available and effective. The HPV vaccine provides nearly 100% protection against infections with the two major strains of HPV that cause about 70% of cervical cancers, as well as several other types of throat, anal and other cancers.
To eliminate cervical cancer, the WHO proposes vaccinating 90% of girls under the age of 15 by the year 2030. The strategy involves implementing broader programs for cancer screening and treatment with the aim of eliminating cervical cancer as a public health issue.
Some countries are already ahead of the WHO recommendations. Australia was an early adopter of the HPV vaccine. It became one of the first countries to launch a national and publicly funded HPV vaccination program in 2007 and later organized a detailed program for cervical cancer screening. A group of scientists and cancer experts now predict that Australia will eliminate cervical cancer by 2028. Rwanda, which has achieved high HPV vaccination rates for girls, is another success story.
Sadly, the United States lags far behind these two countries. According to estimates from the American Cancer Society, more than 13,000 new cases of cervical cancer will be diagnosed in 2019, and more than 4,000 women will die from it.
There are two major reasons for the numbers of cervical cancer deaths among American women. First, as many as 8 million American women are not getting screening tests for cervical cancer, which are crucial for early detection and treatment.

Secondly, more teenagers in our country should be vaccinated against HPV. The CDC recommends all boys and girls be vaccinated at the age of 11 or 12, but, only 16% of US adolescents completed HPV vaccinations before 13, and 35% completed it before turning 15, according to the Journal of Infectious Diseases.
In Kentucky and Mississippi, only about half of adolescents between the ages of 13 and 17 received the HPV vaccine. These numbers are only slightly better in states like Texas, Oklahoma, Kansas, and Missouri.
What has gone wrong? For one, adolescents and their families living in many rural areas of the country lack easy access to HPV vaccine. Some erroneously link the vaccine to promiscuity since HPV is sexually transmitted, and vaccine coverage is low in states considered conservative or highly religious. A third and a key reason is an aggressive antivaccine misinformation campaign that specifically targets the HPV vaccine.
Antivaccine groups falsely claim that the HPV vaccine causes autoimmune diseases and other chronic conditions, infertility, or even that it can cause teenage depression or suicide. There is no scientific evidence for such assertions. These phony worries are not tolerated in Australia, Scotland, or any other place on Earth trying hard to get rid of cervical cancer. Yet they are widely made on antivaccine websites and pseudoscientific books available on Amazon.

The United States can and should achieve the targets set by the WHO. Our public health and elected leaders need to articulate a clear goal of advancing towards eliminating cervical cancer in America by the year 2030. This is feasible, but it means improving teenage access to the HPV vaccine while standing up to an aggressive antivaccine lobby.
There is no excuse for continuing to condemn a generation of girls and women to cervical cancer and cancer deaths. Eliminating cervical cancer can be done. We owe it to our children to do it.