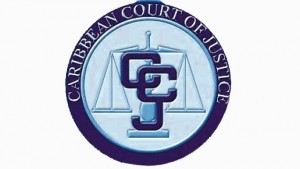 The Trinidad-based Caribbean Court of Justice (CCJ) Wednesday allowed the appeal against the decision of the Court of Appeal of Guyana regarding the election petitions filed following the controversial March 2 regional and general elections in the country.

The CCJ, which is Guyana’s highest court, said it agreed with the majority of the Court of Appeal that it had jurisdiction to entertain an appeal from a decision of the Chief Justice, sitting in the High Court, dismissing an election petition for improper and or late service.

Following the elections and the release of the official results in August, election petition, 99P/2020 was filed by the petitioners, Monica Thomas and Brennan Joette Natasha Nurse challenging the validity of the election as well as seeking an order that the election be deemed unconstitutional, null, void and of no legal effect.

The petition was heard by acting Chief Justice, Roxane George, and at the case management stage, she raised the issue of whether former president David Granger, the representative of the coalition, A Partnership for National Unity and Alliance for Change (APNU+AFC), was a proper and necessary party to the petition.

The Chief Justice also raised the question of whether he had been properly served within the required statutory period. Granger should have been served by 21 September 2020, but was, in fact, served on September 25.

As a result, the acting Chief Justice dismissed the petition, ruling that it was a nullity.

The petitioners appealed the decision, but Attorney General Anil Landall and Vice President, Bharrat Jagdeo objected on the ground that the Court of Appeal lacked jurisdiction to hear the appeal.

They argued that Article 163 of the Constitution creates a regime for hearing election petitions, and only provides two circumstances for appeal: one, an appeal from a decision of the judge granting or refusing leave to institute proceedings to determine questions stated in Article 163(1) of the Constitution and two, an appeal from the determination of any of those questions in Article 163(1) or an order made in consequence of such determination.

The Attorney General and Jagdeo argued that the acting Chief Justice’s decision did not fall into either circumstance and therefore, neither Thomas nor Nurse had any right to appeal the decision. The majority of the Court of Appeal disagreed, holding that it did have jurisdiction to hear the appeal.

The CCJ noted that the election petition, 99P/2020, had to be determined in accordance with this framework, including whether there was compliance with the provisions for service of the petition.

The Court emphasised that Article 163(3) of the Constitution limits the right to appeal decisions of the High Court in election petitions to only two circumstances. The decision of the Chief Justice to strike out the petition on the basis that there was improper/late service on Granger did not fall into either of those circumstances, and, thus, an appeal was not possible.

It also noted that there may be a rare exception to the rule as to the Court of Appeal’s jurisdiction in order to maintain the integrity of the Constitution, a possibility considered by the CCJ in Cuffy v Skerritt.

However, Justice Anderson said that there was no real suggestion from the respondents that the Chief Justice’s decision could support an argument that could possibly justify invocation of this exception.

But in another opinion, Justice Denys Barrow agreed that the Court of Appeal lacked jurisdiction, but for different reasons. He argued that it must be considered that while exclusive jurisdiction is given to determine election petitions, the Court’s general jurisdiction is not excluded from operating when the issue being determined is not a question under Article 163(1).

He said Article 163(4) gave power to Parliament to create legislation with respect to the High Court’s practice and procedure in relation to the jurisdiction and powers conferred upon it by or under Article 163(4)(c).

Justice Barrow said that these provisions are relevant to answering the question of whether the decision to dismiss the petition is subject to the High Court’s general jurisdiction in the same way as an ordinary action.

In any event, several indications made it clear that the acting Chief Justice’s order dismissing the petition was an order of a High Court judge made in chambers and for this type of order, no right of appeal is given to the Court of Appeal, according to section 6(2(a)(i) of the Court of Appeal Act.

The result, therefore, was that the purported appeal against the dismissal by the Chief Justice of the petition as a nullity was, itself, a nullity because there was no right of appeal to the Court of Appeal, to begin with.

Justice Jamadar suggested that the narrow jurisdictional issue in this appeal needs to be placed, contextualised, and understood through the lenses of democratic governance in Guyana, the role of the Courts, and the learning to be found from various constitutional authorities and authorities on the election petition jurisdiction.

In setting aside the decision of the Court of Appeal, the CCJ ordered that each party should bear its own costs.