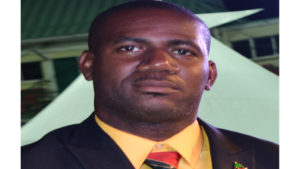 The Cayon High School re-opened to staff and students Tuesday following a three-week closure due to the presence of mold in the facility.

Just before the 2019 school year began September 2nd, teachers at the Cayon High took a decision they would not enter the school until tests indicated the environment was safe. This came after reports of illnesses among staff which were attributed to mold.

The Ministry of Education undertook several cleaning procedures after mold was found in the science labs and the Bureau of Standards conducted air quality tests which were sent overseas for analysis. The results did not give an all clear and more cleaning was done and a second round of tests carried out.

The Ministry met with staff and parents of Cayon High on Monday afternoon. In an interview with Freedom FM Minister of Education, Deputy Prime Minister Shawn Richards spoke to the latest developments at the school. He said parets and teachers were satisfied with the information relayed regarding the air quality test results.

“I didn’t attend those meetings but what I understand that those meetings were intended to update the staff and parents that the latest results from the tests for mold had been received. Based on what I have been informed those tests indicate that the school is safe for re-opening, for staff, students and teachers to occupy. As such the Cayon High School is open as of today.”

Dr. Terrance Drew, the Opposition Labour Party’s candidate for the Cayon area is calling for the results of the air quality test results to be made public and for the Ministry to continue monitoring the Cayon High.

“What I’m asking for is that the results from the last tests be made available and public so that the people throughout the Cayon Community and the country can have access to that information. And be certain that the school is ready to go.

“I’m happy that the students are able to go back, but the underlying issue remains one of negligence and there’s no excuse on the part of the Minister of Education, the parliamentary representative Eugene Hamilton and the government. Since March or even before that they would have learned that the school had mold and a whole summer period passed and the school was not prepared so that the teachers and students could go back into a safe environment.”

He called for a nurse to be stationed at the school and for affected teachers and students to be compensated for any medical costs incurred due to the problem.

Minister Richards said while persons had not been given copies of the test results, the results were read to them. He said tests will be done at all government schools and carry out cleaning as required. It will be an ongoing process, Minister Richards noted, to test the air quality at schools to prevent mold issues.

The Opposition is comparing the health issues at the Basseterre High School a few years ago which led to the facility being abandoned, to the present situation at Cayon High. The Opposition maintains that abandoning the BHS was a political stunt, as the school could have been cleaned and re-occupied.

Minister Richards responded, “I don’t expect anything different from the Opposition. They have tried to make politics out of this issue. The government and Ministry of Education have ensured that we treated this issue with the necessary care and attention that it deserves. The Opposition would obviously like to see the school remain closed so that it would give them something to talk about on the political platform.”