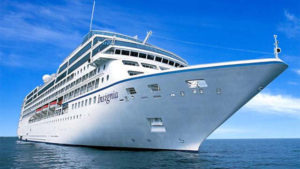 “In this particular case, we stood our ground and all the detractors and those who took delight in knowing that ships were going to be diverted from Antigua must be very disappointed. It is the determination of Prime Minister Gaston Browne, Minister Fernandez and the Cabinet of Antigua and Barbuda that has triumphed,” said the Chief of Staff in the Office of the Prime Minister, Lionel “Max” Hurst.

OBSERVER media has tried without success to get further clarity from Tourism Minister Charles “Max” Fernandez, who is reportedly off island.

However, Hurst added his belief that no concessions were essential to the reversal of this decision.

This announcement came a month after the government held its second round of talks with the executives of Carnival Cruise Lines regarding the cancellation of calls to St. John’s.

The first meeting with the executives of Carnival Corporation held in Miami the week prior had been described as fruitful but no details were given to substantiate that claim. Leading up to the talks, the two parties even announced the signing of a non-disclosure agreement, which prevented them from divulging certain information to the public.

Nevertheless, the members who led the successful negotiations – which presumably saved port revenues from being significantly reduced – have been applauded by the Cabinet.

Additionally, the government said that the same numbers of visitors are expected to reach Antigua and Barbuda‘s shores on Carnival’s ships during the 2019/2020 winter season.

According to information from the weekly post-Cabinet notes, the Royal Caribbean Cruise Lines should have signed an agreement yesterday establishing the dates and frequency of cruise calls during the 2019/2020 winter tourism season. The government is reporting that there will be no reductions in calls from last year, 2018/2019.

Meantime, the agreement with Global Ports Holding will go forward, but with amendments.