Home / Regional / Caribbean youth unemployment among highest in the world

Caribbean youth unemployment among highest in the world 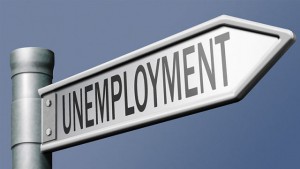 BASSETERRE, St Kitts, Friday May 22, 2015 – Youth unemployment rates in the Caribbean are among the highest in the world, a study by the Caribbean Development Bank (CDB) has found. And it has proposed a multi-pronged approach to cutting those numbers.

The study, “Youth are our Future: The Imperative of Youth Employment for Sustainable Development”, was presented yesterday on the final day of the 45th Annual General Meeting of the CDB’s Board of Governors.

Chief among the findings is that nearly 25 per cent of youth, in countries for which statistics were available, were unemployed. Those rates are among the highest in the world. There are gender differences in youth employment rates with female youth unemployment standing at rates over 30 per cent as against 20 per cent for young males.

The regional countries with the highest persistent youth unemployment were Guyana and Suriname which, since 2000, have consistently been above 30 per cent, with the rate in Guyana hovering around 40 per cent since this time. The report noted, however, that total unemployment rates in Guyana were also persistently high.

Most countries had a relatively consistent youth unemployment rate over the period, but the Bahamas, Barbados and, to some degree, Belize, demonstrated a spike in youth unemployment since 2007. This was attributed in part to the recent global economic crisis.

“Drawing on relevant literature and in-depth interviews conducted in the region, a number of causes and consequences of youth unemployment were identified including the state of the economy; structure of the labour market; lack of relevant skills; lack of experience; lack of knowledge of vacancies; constrained opportunities due to health status or disability, location (i.e. rural location or general lack of transport options); stigma and discrimination due to age, ethnicity, criminal record, gender, motherhood, poverty, area of residence, disability; a reactive approach to gaining employment due to negative experiences of employment (by self or from others), lack of work ethic, belief that opportunities are limited due to social class or political affiliation,” the CDB said in a statement.

At the household level, the impact included a reduction in disposable income to support unemployed youth and a greater burden on caregivers and other household members.

The consequences at the community and nation level were high youth crime rates; poor health; poverty; community degradation (as shown up in graffiti, vandalism, and unsafe environments); lost revenue from employment taxes and lost national output; as well as higher public expenditure to address causes and consequences.

The study found that despite the existence of several core components for addressing youth unemployment across the region, the overall system was fragmented and disjointed.

“While there is recognition of the linkages between youth and youth-at-risk issues and unemployment, youth have become the remit of ministries concerned solely with social issues or those related to sports and culture, and sometimes education,” the CDB said.

The issue of poverty among the region’s population was also addressed at the CDB meeting and a pledge was made to tackle the issue more creatively.

“Part of the solution requires that we identify new sources of economic growth for our BMCs [borrowing member countries]. However, we recognise that growth by itself is not enough. We need to also promote job-led growth that is targeted and gender-sensitive. And we need to build economies that are more diversified and resilient,” he said.

What was required, Dr. Smith said, was new thinking that identifies appropriate strategies for reducing poverty.