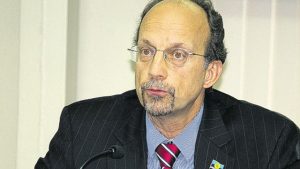 The Caribbean Public Health Agency (CARPHA) is warning countries in the region to brace for a severe outbreak of the dengue virus.

According to the agency, the current outbreak of dengue in Jamaica has raised the level of concern in other Caribbean islands. Local health authorities say up to January 3 there were 830 cases classified as suspected, presumed, or confirmed.

The Ministry of Health has reported that December was the first month in which the reported cases of dengue surpassed the outbreak threshold with 123 cases.

Health Minister Dr Christopher Tufton, who has been heavily criticised by his Opposition counterpart for the pace of the ministry’s response, recently announced that the ministry has launched a coordinated education and prevention campaign among several agencies to help fight the dengue virus.

“We all need to clean up our surroundings. The two most important things to manage mosquito populations in our Caribbean countries are to manage water storage drums and tanks, and properly dispose of used vehicle tyres to prevent mosquitoes breeding,” Hospedales stated.

“We have been anticipating an increase in dengue as we have not had a major situation in 10 years, so enhance precautions are really important and what is really important to prevent mosquitoes from breeding and biting is a total community effort. You are your neighbours’ keeper — if you have a block with 20 houses and 19 households heed the message and cover their drums and clean up the environment and discard old tyres properly and one household does not, it spoils it for everybody else because the mosquitoes breeding in that one house will fly over to everybody else nearby and help to spread dengue if it comes into the community,” Hospedales said.

According to CARPHA, since the last major regional outbreak of dengue occurred in 2009, the region has experienced two large outbreaks of mosquito-borne diseases — Chikungunya in 2014 and Zika in 2016.

CARPHA said disease modelling predicts that another regional outbreak of dengue may occur in the near future.

“Dengue is a flu-like illness that affects infants, young children and adults. Symptoms typically begin four to 10 days after infection, and include a high fever, headache, vomiting, muscle and joint pains, and a characteristic skin rash. This illness can evolve to severe dengue, characterised by potentially deadly complications, such as internal haemorrhaging, intense and continuous abdominal pain or tenderness and persistent vomiting. In some cases, dengue may be severe and cause death,” CARPHA explained.

The agency advised that individual actions that can be taken include covering drums and tanks, cleaning gutters, removing stagnant water sources, such as old tyres, bottles and buckets, and individuals protecting themselves and their family from bites.

Dengue and other mosquito-borne diseases threaten health, tourism, social and economic development, and a collaborative effort is required to reduce the spread of disease. Dengue remains a global health problem and like Zika and Chikungunya, there is no specific treatment for the disease. The aedes aegypti mosquito vector, which spreads dengue, is present in all Caribbean territories.