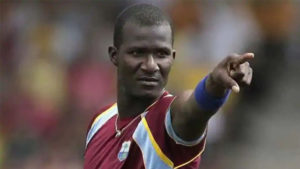 Daren Sammy will look to lead Sr Lucia Zouks into the playoffs of the tournament for the first time.

St Lucia Zouks will look to begin their campaign at the 2020 Caribbean Premier League (CPL) on a promising note when they lock horns with Jamaica Tallawahs in their opening match of the tournament at the Brian Lara Cricket Academy on August 19.

The CPL will become the first major T20 league to be take place amid coronavirus crises when the 2020 edition takes place across the two venues in Trinidad & Tobago.The final of the tournament will take place on September 10.

Due to COVID-19, the 33-match season will see the best cricketing talent from across the Caribbean and from around the world playing behind closed doors in a bio-secure environment, with a series of stringent protocols also in place to protect the players as well as others involved in the league.

St Lucia Zouks finished fourth in 2016, while they made a sixth-place finish in the first and 2017 editions of CPL. The Sammy-led side will be keen to come up with a much better performance this time.

While Andre Fletcher, Kesrick Williams, Obed McCoy, Rahkeem Cornwall, Kavem Hodge have been retained by Zouks, Colin Ingram will be unavailable for this season due to travelling issues due to coronavirus.

Afghanistan’s Mohammad Nabi and local player Chemar Holder are among the two big named out of seven players drafted for the CPL 2020.

Meanwhile, swashbuckling West Indies batsman Chris Gayle, who was expected to join the Zouks from Jamaica Tallawahs for the upcoming season, has withdrawn from the tournamentciting personal reasons.

Here is the full squad of St Lucia Zouks: