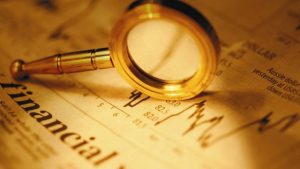 The Inter-American Development Bank (IDB) said its senior officials, as well as those from the International Monetary Fund (IMF), the World Bank (WB) and the US Treasury Department, met at IDB headquarters on Wednesday on the issue.

The IDB said while Latin America and the Caribbean is expected to post 1.0 percent growth this year, accelerating to 1.9 percent in 2018, the region’s growth potential has dropped to 2.5 percent from an estimated 4.1 percent in 2012.

“Fostering sustainable economic growth is the greatest challenge of our time,” said IDB President Luis Alberto Moreno in addressing the Ninth Meeting of Finance Ministers of the Americas and the Caribbean. “With the disappearance of the demographic bonus and the exhaustion of the commodities boom, we would need to double investment or productivity growth if we are to grow at rates that are competitive with those of Asia.

“For this, nations in our region need to foster individual policies and collectively leverage the potential of regional integration and of technological progress,” he added.

The IDB said the region responded to the international financial crisis by implementing fiscal policies that favored current expenditure and had a positive effect on poverty, “but otherwise contributed little to raise real and potential growth.”

The region’s ministers agreed on the need to improve the efficiency of expenditure at national level; boost investment in strategic areas, such as infrastructure and education; and foster financial inclusion, with a particular focus on gender perspective, the IDB said.

The IDB said the Meeting of Finance Ministers of the Americas and the Caribbean – also known by its acronym RFM – is an annual dialogue, “which aims at discussing issues of strategic relevance that have the potential to promote economic integration and regional cooperation.”

The IDB is serving as its technical secretariat, assisting with the preparation and general coordination of RFM meetings.