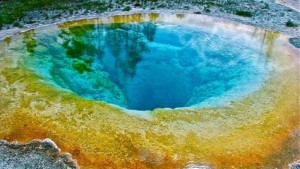 But at the same time, regional policymakers face conflicting objectives. On the one hand, investment in an effective energy reform strategy would have long-term benefits, while on the other, few countries have fiscal space to embark on ambitious investments to reform the energy sector.

The situation confronting the region in its energy sector is discussed in a paper titled “Caribbean Energy: Marco Related Challenges’ written by a number of financial experts including the prominent Grenadian-born economist, Arnold McIntyre, and released by the International Monetary Fund.

They argue that the substantial decline in oil prices since mid-2014 does not obviate the need for energy sector reform.

“The impact of the oil price decline is global, so it has not improved relative prices for the Caribbean compared with its trade partners. Moreover, competitiveness and challenges are escalating, with the appreciation of the US dollar and the potential opening of Cuba to US tourism and trade.
“Hence, any gains from recent oil price declines should be seen as a temporary breathing space that gives the English speaking Caribbean some time to catch up with the cost reductions needed to compete successfully in a more open region,” they wrote in the paper.

They said that the case for Caribbean energy sector reform rests on two pillars. These are the current poor state of the energy sector, with infrastructure and institutional frameworks needing upgrades to eliminate high-cost inefficiencies and enable diversification; and the fact that the macro-impact of current large energy bills remains significant, even since the recent oil price decline.

The study noted that the cost of electricity in the Caribbean has been persistently high over the past two decades, and has eroded competitiveness.

“This is largely due to serious inefficiencies in the power sector and dependence on expensive imported petroleum products. In turn, these problems have contributed to the region’s high cost of doing business, have increased external sector vulnerabilities, and have undercut growth in many Caribbean economies.”

They said that while Caribbean countries have very high access to electricity, other than in Haiti, the countries use expensive off-grid supply to compensate for deficiencies in utilities.

According to World Bank indicators, Caribbean countries have, on average, above 90 per cent electrification rates. However, off-grid self-generation is commonly used by large hotels and some commercial establishments.