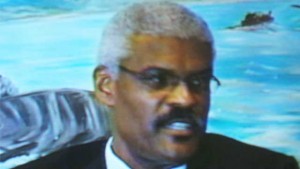 Canada has long enjoyed a close relationship with Saint Christopher (Kitts) and Nevis. Diplomatic relations were fully achieved when the country gained independence in 1983.

Mr Allen explained to the audience his role in Canada.

As of November, 2014 citizens of St Kitts and Nevis require a visa to travel to Canada. Richard Hanley, High Commissioner of Canada to Barbados in a statement in November of 2014 said that Canada has acted to protect the safety and security of Canadians and the integrity of the Canadian immigration system. The visa requirement, the statement indicated, will ensure that Canada will be able to properly determine the true identity of St Kitts and Nevis passport holders and to deny entry to those who would otherwise be inadmissible to Canada.