Buju Banton’s new album is a melting pot of sounds, features and messages 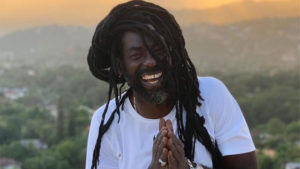 Buju Banton doesn’t adapt. He creates and reinvents. The Gargamel is serving up a melting pot of genres, vocal styles, messages and features on his new album, Upside Down 2020, which was released today on Jay-Z’s Roc Nation imprint and Island Records.

He held an online listening party for some of the records hours ahead of the album’s premiere, and the decade-long wait for a new project from Banton proved worthwhile.

The 20-track set starts with Lamb of God, the opening number he did for the ‘Long Walk to Freedom’ concert held in Jamaica last March. The event symbolised his first performance since being released from the McRae Correctional Facility in the United States in 2018, where he served a 10-year drug sentence.

The album then segues to Yes Mi Fren, a groovy guitar “refix” of Bob Marley and The Wailers’ Duppy Conqueror, which was penned following Bunny Wailer’s 1968 release from prison after serving time for marijuana possession. Wailer has always said he was falsely charged, which resonates with Banton’s story as he declared his innocence in a cocaine deal that led to his arrest in 2009. The celebratory single features longtime friend Stephen Marley, who supported Banton throughout his trial and prison stint, and celebrates his freedom from “their walls”.

Buried Alive follows in the carefully arranged tracklist, an uptempo reggae track which speaks about overcoming trials to persist in one’s purpose.

Dave Kelly joins the plethora of producers on Upside Down 2020, and adds his signature dancehall flavour to the album on Blessed. The song sees Banton delivering a fresh vocal style, as he toasts about winning despite critics and ill-wishers.

The previously released Memories, featuring John Legend, follows, and tells a dub-heavy tale of a love turned sour, and the haunting memories which won’t seem to go away.

Pharell Williams is another collaborator, and appears on the genreless, waistline mover Cherry Pie. The Neptunes-produced track is a sure standout from the project and mystifies with its genreless style and pulsating drums and bassline.

Good Time Girl is another anthem for the hunnies, and is “a little bit different”, oozing a funky, swing kind of sonic, and will no doubt be infectious on the dance floor.

Another ode is in store for women, packaged in the dancehall joint, Appreciated.

The album culminates with Unity, which blends jazzy saxophones and fervent drumming, all reminiscent of 1940s Afro-Cuban jazz. The fusion of varied sounds complements the message of oneness.

Other singles include Call Me (featuring Stefflon Don), Rising Up, Cheated, Trust and 400 Years.

Banton’s last album, Before the Dawn, received the Grammy for Best Reggae Album in 2010.