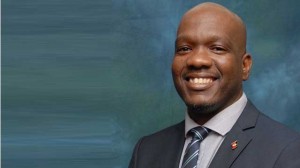 The 2014 edition of the Leeward Islands Basketball Championships ended prematurely on Tuesday night after a brawl broke out between members of the St Kitts and Antigua teams in the finals held in Montserrat.

Antigua held a slim 26-25 lead during the second quarter when a fight erupted between two players on the court. Other players, both on and off the court later got involved, prompting referees to abandon the game.

“That brawl that took place between Antigua and St Kitts did not start last night (Tuesday),” he said. “It started two nights ago (Sunday) when we met St Kitts in the preliminary round. The game was quite physical and that’s okay because it’s basketball … but the officials let the game slip away big time.

“Antigua eventually won that game but you are now playing a rematch in the finals so clearly, the least you can expect is the same level of physical activity. At the time when the incident started, a player from St Kitts got a hard foul from one of our Antiguan players; the St Kitts player retaliated, they started a pushing match and then the benches cleared.”

Both teams were disqualified from the tournament which elevated hosts Montserrat into the top position. Montserrat had previously beaten BVI in the third place contest.

Matthew said that decision was made by the referees even after both Antigua and St. Kitts had come to a mutual agreement.

“I and others, including Mr Kenroy Tobias (President of the St Kitts Basketball Association) asked the referees for the official reason while the game will not be continued. The referees indicated the game was not going to be continued to protect the safety of the players,” the LIBA head said.

“My personal position was if that was the case, with Antigua leading at that point when the game was stopped, then we are to be declared winners. I met with Tobias and other parties and said that given how the game was close let’s declare joint winners and we proceed properly next time around and everybody agreed.

“At that point, one of the officials brought us the official score card from the table and the referees signed that both teams had been disqualified,” Matthew said.

“There must be some urgency put towards developing a constitution for LIBA, rules and regulations guided by FIBA that would guide the tournaments going forward and I think that it is important that this be their top priority at this point,” he said.

BVI and Anguilla also benefited from the disqualification of both Antigua and St Kitts as they were elevated into second and third slots, respectively.