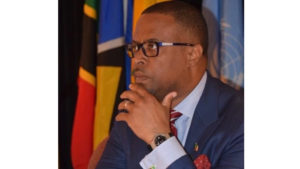 The government of St. Kitts and Nevis has once again amended its business and financial legislation in response to external pressures relating international tax compliance.

The Company Amendment Bill, 2019, was passed on September 03 in the National Assembly. The amendments address the recommendations that were made by the OECD’s Global Forum on Transparency and Exchange of Information for Tax Purposes.

On of the revisions to the Companies Act seeks to prevent current exempt companies from acquiring new assets or engaging in new activity that is inconsistent with the objectives for which it was incorporated.

Premier Mark Brantley, Foreign Minister in the federal government and Minister of Finance in the Nevis Island Administration, pointed out that the federation’s banking and financial systems in particular remain under threat from these international players.

“Much of our fiscal matters now appear to be ordained and decreed from outside rather than, as use to be the case, when countries were entirely in charge of their own fiscal policy. It is quite apparent that the world has moved to a particular place and that those who are strong and mighty, those who have strength, that those countries that tend to be the larger countries have a particular pride of place and that smaller countries such as ours sometimes find ourselves having to respond to rules rules that were not made by us, did not emanate from us, but rules nevertheless that which notwithstanding the absence or involvement of participation from us, are said to us to be the new international norms and the news rules to which we must adhere and by which we must conduct ourselves and our business.

“One of the predicaments of the so called black list, is the reputational damage that it causes to us, and because of that reputational damage we have the pressure that is placed on our banking sector, where our banks are being told that they would be de-listed in this process that they call de-risking, where major international banks are saying they do not want to do any business with us or with our banks. And so National Bank and the Bank of Nevis and all the other banks that are so critical if we are to engage in trade and have our economy grow and develop, those banks are being told that there is now no appetite to engage with them because of the reputational risks that are associated with doing so.

“So this is a very serious matter.”

He says the public needs to understand why the government has to bend to the dictates of larger countries in order to continue doing business on the international scene. The Premier revealed that some financial services providers have threatened to pull out of the federation due to the revolving door of external compliance demands.

“I wish to share with the House because I think it’s important that the public understands that when we say that we are now creating internationally an ‘us and a them’ rather than a single level playing field for everyone.; that we’re now hearing some providers say that if we can’t get these matters right that there’s a risk that they will leave our federation, they will leave Nevis and they will go to the United States. I think it’s important that the public hears that; that because of pressures being applied on us in these little countries, little jurisdictions, service providers are saying they are contemplating leaving to states such as Delaware which are offering the very same types of services that we in the so called offshore jurisdictions are offering.

“…The real danger that we’re seeing happening in the world, that might has become right; and some countries are allowed to do what other countries are being told they are forbidden to do.

“I thought it’s important that our people have to be brought in so they understand that when we sit in Cabinet and grapple with these very serious matters it is not a zero sum game when they are difficult choices and decisions that have to be made; and that part of that difficulty is the uneven playing field that we continue to deal with where we are being told that this is the standard for you, but others it seems have a different standard applicable to them.

“Notwithstanding that is the nature of our world today and whether you are a sprat as we are or whale as others are we must find a way to swim in the ocean. And by all accounts St. Kitts and Nevis is swimming- we’re doing quite well for our size, in fact we are swimming better than some of the bigger fish out there in the pond.

“So I am delighted that we are able to demonstrate our our responsiveness and responsibility as a government that when we’re called upon to make these changes, we do in order to ensure that our banking system, our financial system, and our financial services sector are protected.”

Mover of the bill, Minister of Finance, Prime Minister Dr. Timothy Harris also stressed on the fact that in order for the Federation to maintain its good standing in the international business community, the Government has to review existing legislation to ensure that the laws comply with the international standards as they evolve.