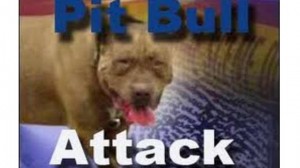 Police in St Kitts and Nevis are investigating the death of a 3-year-old boy who was fatally wounded during a dog attack in Gingerland.

The Police received a report sometime after 2 pm on Wednesday that a dog had attacked a child.

Investigations so far have revealed that the child was at home with family members at the time of the incident. He made his way to the back of the house where several dogs are kept chained next to dog houses. One of the dogs attacked the child causing serious injuries to several parts of his body.

He was later discovered by a family member and transported to the Alexandra Hospital where he was pronounced dead.

Personnel from the Forensic Department visited and processed the scene and collected items of evidential value. The dog, identified as a half-breed pit bull, was destroyed by the Police.