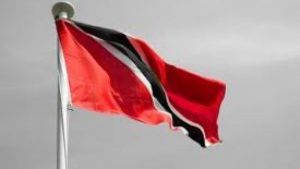 At least five people have been killed since the start of the new year as Trinidad and Tobago recorded a total of 494 murders last year, 31 more than in 2016.

Retired police officer John Ramkissoon, 59, was among the five killed on the first day of 2018.

Police said Ramkissoon was drinking with friends when he was involved in an argument with a man who left and returned with a cutlass, chopping the former police officer about the body. He died at the scene.

The first murder of the year occurred just after midnight when Brandon Khan was with friends at a New Year’s Eve party at Enterprise in Central Trinidad, when shots were fired.

Khan, 23, who was shot along with five others, died while undergoing treatment at Chaguanas District Health Facility, the police said. He was shot six times.

The names of the five wounded people have not yet been released.

Police are also investigating the murder of 30-year-old Miguel Simmons, whose bullet-ridden body was found in Malick along the East-West Corridor.

Police said a man identified only as “Nic” was also killed as he drove his vehicle in Champ Fleur, east of here, on Monday. The driver crashed into a concrete embankment and, as he got out of the vehicle, he was chased and shot dead.

Law enforcement authorities said Mark Bascombe was killed outside a children’s party in Bagatelle, Diego Martin, west of here, in a drive-by shooting.

Assistant Commissioner of Police Irwin Hackshaw, said the police would continue their activities in a bid to keep a lid on the murders.