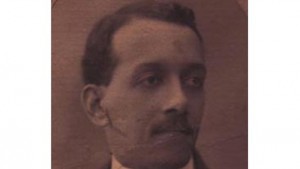 Clement Malone was born in 1883 in Antigua. He was educated at the Antigua Grammar School and later entered the civil service of the Leeward Islands and, for a number of years, was assigned to St. Kitts as a clerk in the Treasury Department.

The charming “Mr. Clem” as he was affectionately known quickly gained the trust, respect and affection of the community. His thorough knowledge of the law, his tenacity in maintaining his point of view and his courtesy won him the admiration of Bench and Bar alike. Within a short time his law practice extended to Antigua, Montserrat and at times Dominica.

On the 28th December 1918, Malone and a small group of coloured middle class men holding positions in the professions and the business community formed the St. Kitts Representative Government Association (RGA). The Association had as its mission ‘to secure the achievement of popular representative government’’. In a Petition addressed to His Majesty, the RGA complained that the people had no representation in the Legislative Council as the unofficial members were selected by the Administrator and they felt duty bound to support him. In order to correct this situation, they requested a franchise that was exclusively adult male who either owned real property valued at £50 or over, or paid an annual rent of £10, or made a yearly salary of £50 or an income of £30.

In 1922 the Taxpayers’ Association was launched with a membership similar to the earlier RGA. Its stand was based on the premise that persons who paid taxes should have say in government Once again Malone was an active member. To counteract the opposition, Burdon recommended that Clement Malone be appointed to the Council but he saw no reason for equality of representation between the planters and the other social classes as he felt that their position as the class responsible for the sugar industry on the island gave them a right to the political power they held. In 1925, Administrator St. Johnston recommended that Malone be offered a place on the Executive Council. However when the offer came Clement Malone declined it.

In 1935, Malone found himself caught up in the events that came to be known as the Buckley Riots. Along with Thomas Manchester, Victor John and William Seaton he did his best to defuse the tension caused by the heightened expectations of sugar workers. When in March and April a number of persons were brought to trial charged with causing riots and other related matters, Malone was there to take the case and obtain an acquittal. The following year the planters of St. Kitts and Nevis came in conflict with the St. Kitts (Basseterre) Sugar Factory over the price to be paid for canes supplied to the Factory. Clement Malone and J. R. Yearwood were sent to London to represent the planters’ interests. The negotiation produced an increase in the price of cane.

The 1937 election was contested by the Workers’ League on one hand and the individual members of the Agricultural and Commercial Society. Clement Malone ran as an independent candidate but was endorsed by both organisations as a result he won the largest number of votes from the small electorate. The other winning candidates were Thomas Manchester and Edgar Challenger, both members of the Workers’ League. Over the next couple of years the three of them worked for social reform.

On the 24th April 1940, Malone was appointed Puisine Judge to the newly constituted Supreme Court of the Leeward and Windward islands. This meant that he could not contest the elections of September that same year. His appointment was greeted with a sense of satisfaction among the people of the colony

Clement Malone also served on various boards and committees. He was a moving spirit on the Education Board and Vice-President of the Cricket and Football Associations. In 1943 he was appointed to a Board of Inquiry into the trade dispute between the Sugar Producers Association and the St. Kitts Nevis Trade and Labour Union. The recommendations among other things, said that the Bonus to sugar workers should not be discontinued, that this bonus should be paid in December.

Malone discharged his duties faithfully and with confident ability and this make him an ideal candidate for higher office. In 1942 he succeeded Sir Wilfred Wigley as Chief Justice of the Leeward and Windward Islands. His peers saw in it opportunity. This appointment meant that the new Chief Justice and his family would have to take up residence in Grenada. Two years later His Lordship received a knighthood in recognition for he commitment to the law and his contribution to society.

In Grenada, Malone soon found himself involved once again in social issues. 1947 saw the launching of the Grenada Cooperative Nutmeg Association its purpose: to secure more stable prices, and increase profits and to set standards of quality. Malone was foremost among those who spoke in support of the association.
In 1951, it was his birthplace that needed his calm approach to volatile issues. That year Antigua found itself in the throes of a general Strike. The planters stopped the crop, the Labour Commissioner tried unsuccessfully to settle the dispute. Other matters added fuel to the flames and in April the sugar curers at the factory refused to clean the mixers. Furthermore the AT&LU had not informed the employers that May 1st was to be celebrated as Labour Day and workers were to be called off the job. After May Day workers from all walks of life refused to return to their jobs and the AT&LU demanded the reinstatement of the sugar curers.

Governor Blackburne attempted, again unsuccessfully, to bring the strike to an end. Sir Clement Malone, who had retired from the Bench the previous year was called upon to head a Commission of Inquiry into the matter and the adversaries were given the opportunity to air their differences. The hearings ended on the
2nd August and in its subsequent report the Malone Commission accused the AT&LU of striking first and thinking later. However the report found it “inadvisable and impracticable to ban unofficial strikes”. It also found “by no means feasible” the employers’ bid to separate trade unions from politics. It also recommended the nationalization of the sugar industry in Antigua.

The 1950’s also saw an intensification of efforts leading up to the creation of a Federation of the West Indies. Malone felt that practicalities should come before politics and suggested that the coordination of transport and communications services and a better marketing of the economic resources of the region should be the first steps towards creating a meaningful political unit in the West Indies.

Sir Clement Malone died in Trinidad on the 9th April 1967 at the home of his eldest son. He was 84 years old and still enjoying the respect and adulation of many West Indians.