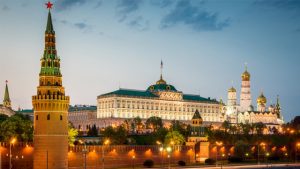 Russia added Bermuda, Cayman Islands, Montserrat and Turks and Caicos Islands to its list of unfriendly states on Sunday.

In a statement, the Russian Government said that it added 11 British Overseas Territories to its unfriendly nations list due to sanctions imposed by the United Kingdom.

Bermuda, Cayman Islands, Montserrat and Turks and Caicos Islands join Anguilla and the British Virgin Islands, who were added to the list shortly after sanctions were announced.

Bermuda had been on Moscow’s radar after its Civil Aviation Authority revoked the airworthiness certificates of over 740 Russian aircraft are registered on the island.

The Bahamas is the only other Caribbean state on Russia’s unfriendly list.