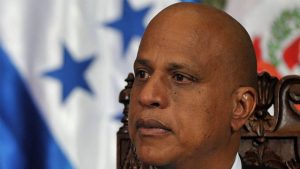 BELMOPAN, Belize (CMC) — The Belize government says it has no intention of implementing a recommendation by the International Monetary Fund for the Caribbean Community (CARICOM) country to increase the General Sales Tax (GST) to 15 per cent.

An IMF delegation recently ended a two-week visit here indicating that it expects the Belizean economy to return to positive growth in 2017.

The Washington-based financial institution however said public debt remains elevated, despite the cash flow relief and the gain from the recent debt restructuring agreement with private external bondholders and the current account deficit is sizable.

“While the tightening of the fiscal stance in the context of the 2017-18 budget is welcome, in the view of the team, further fiscal consolidation is necessary to mitigate risks and put public debt on a clear downward path, and to facilitate external adjustment.

But Prime Minister Dean Barrow, speaking on the News 5 television programme on Thursday night said that his administration has again refused to accept recommendations from the IMF that would affect the best interest of the country.

Barrow said his government had in the past rejected IMF recommendations that the country seek to join one of the financial institution’s programmes for turning around the economy.

“You know I made the point to the IMF team in the wrap-up meeting we had that when we first re-engaged with the bondholders trying to restructure again the Super Bond. Initially they had sought to insist that a pre-condition to our discussions ought to be Belize’s entry into an IMF programme,” Barrow told television viewers.

“We absolutely rejected that and we proceeded on the basis that Belize is quite capable of writing its own prescriptions and going its own way. The fact that we’re not in any IMF programs means that while, as a matter of courtesy and respect, we look at what the IMF has had to say.

“There is absolutely no obligation on our part to follow any of it and certainly, with respect to the recommendations as to raising the GST and as to doing away with exemptions, and the recommendations having to do with pensions and public officers, we absolutely reject those as we have made clear repeatedly.

“So, as I said, it’s always interesting to talk to the fund, they have a job to do, we are members and the Article Four Consultation is a prescribed, as it were, feature of membership and we will always, as I said, be respectful and treat the IMF team with extreme courtesy. But we absolutely will not follow any of the prescriptions which, in our view, would result if followed in a fracturing of the social compact,” he said.