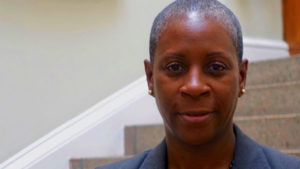 Barbados TODAY has recently recorded many feats of brilliant achievements by Barbadians of all generations who live in the UK and Europe.

The case of Stephanie Boyce should be recorded as an outstanding addition to the roll of honour.

Miss Boyce was recently elected as Deputy Vice President of the Law Society of England and Wales and will in 2021 take up the prestigious position of President. She will become the 177th President, the sixth female and the first black to hold the office.

Born in 1972 in Aylesbury, Buckinghamshire, the daughter of Melvin Boyce of St Lucy, Barbados and Parmesta of St Vincent and the Grenadines, she went to America in 1985 and returned to the UK in 1991 after completing her high school studies.

Ever filled with ambition from an early age, on learning that her qualifications from America did not allow for direct entry into a UK university, Boyce soon took the access to higher education route and was accepted by London Guildhall University in 1996. She gained her Bachelor of Laws with Politics Degree with honours in 1999 and went on to the College of Law at Guildford, Surrey to study the Legal Practices Course and qualified as a Solicitor in 2002. She worked in private practice until 2004 before moving in-house to continue her career with the General Council of the Bar.

After years of working in-house with a number of professional and non-departmental government bodies Boyce set up her own consultancy business specializing in Governance until she took up the position as Deputy Vice President of the Society. In the meantime Boyce obtained her Master of Law Degree in Public Law and Global Governance (Merit) at Kings College University, London.

Miss Boyce’s career had by now begun to take shape and she seemed destined for great things, but I wondered, why did she ventured into a field that was untapped by members of the black and ethnic minorities. Was this a fully considered decision or was it a shot in the dark? The Law Society was founded some 195 years earlier and the Solicitors Profession did not admit a female member into its ranks before 1922. Had the matter and possibility of gender inequality crossed her mind?

She was undaunted by what had gone before and determined that she would succeed in reaching her goal.

A passion to move up the ladder was always foremost in Miss Boyce’s thoughts and she saw an opportunity to become Deputy Vice President. After some thought and discussion she put her name forward for consideration.

She said: “ The position has historically been part-time but I felt I wanted to make a distinctive impact that would be achieved by undertaking the position fulltime. I believe by doing this role fulltime it enables me on behalf of the Society to reach as many members of the Profession and the general public as possible, as well as promote the work the Society does in driving excellence in the profession and safeguarding the rule of law.”

And as I wondered about the unique nature of this challenge to the aspiring Solicitor I prodded Ms Boyce. Surely there must have been many doubters and a great variety of advice regarding the possibilities of her succeeding. Were there efforts to dissuade her from chasing the rainbow?

Calmly she offered: “ Yes, there were many voices and opinions, I was told it could not or would never happen, but I always believed that my goal was achievable. Like Dr Martin Luther King, I too had a dream, at times I thought I might not get there but I determined that I would.” And warming in reflexive mood she continued: “ My background growing up was not conventional. However, my election as Deputy Vice President has signalled the start of a different discussion driven by perseverance and belief in one’s own ability even when everything around tells you differently. It is amazing what you can achieve when you are determined and resilient.”

I then turned to the President Elect’s vision for the immediate future and asked how she saw the development of her term in office. Filled with pride and humility Boyce said: “ The basis of my term will in part be determined by the Law Society and driven by external factors. However, I feel strongly that the Legal Aid, Sentencing and Punishment of Offenders Act (2012) needs to be revisited.”

Here again the passion for and a commitment to the less fortunate in society came to the fore.

She said: “ It is pointless if people who are faced with legal challenges that could materially affect their lives have a right to justice but are denied the opportunity to seek that justice because they do not have the means to do so. I would want to put pressure on Government to properly fund the justice system.

Boyce has many links with Barbados and looks to a future when she might be able to lend her experience to the Caribbean region. She hopes that ties with the relevant societies can be established and last beyond the tenure of her office.

She is a determined and confident professional who is not easily shifted from the pursuit of her goals as evidenced by the fact that her success with the Society has come after four attempts.

Finally I asked how she became Deputy Vice President and in her unflustered tone she quipped:” No one ever told me that I couldn’t.”

Seems to me like a good motto to adopt for 2020

Vincent ‘Boo’ Nurse is a Barbadian living in London who is a retired Land Revenue Manager, Pensions and Investment Adviser. He is passionate about the development of his island home and the disapora.