Home / National / Bailey has not resigned

Bailey has not resigned 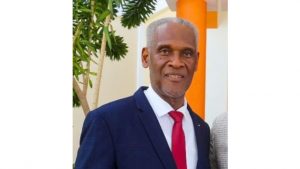 Mr. Analdo Bailey, Managing Director of the National Group of Companies, on Friday morning, dismissed reports that he had tendered his resignation for his position at that St Kitts Nevis Anguilla National Bank.

Speaking to freedom FM’s Ceo Juni Liburd from his national bank office on Friday morning Mr. Baily confirmed that while he had been asked to resign by someone in the office of the AG he was still at work and that he had indicated to the relevant authorities that he would consider the request. Still, it would be based on the terms of his contract.

Addressing the rumor that the police had come to demit him from his office, Mr Baily said he had heard rumors of such a nature but he could not confirm such rumors as he had not been approached by any police officer at the time of this interview.