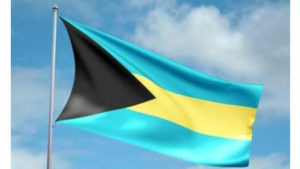 NASSAU, Bahamas (CMC) — The Bahamas government says it will deport undocumented migrants who survived the passage of Hurricane Dorian on September 1 and are now living in shelters.

Immigration Minister, Elsworth Johnson, says the shelters will not be used “to circumvent the law.

“If you’re in a shelter and you’re undocumented and you’re not here in the right way, you’re still subject to deportation and the enforcement of the immigration laws,” Johnson told The Nassau Guardian newspaper.

“Most certainly, those shelters will not be used as a mechanism to circumvent the law. The government of The Bahamas fully appreciates that we are a country of laws. We’re governed by the rule of law.

The Category 5 storm, with winds in excess of 180 miles slammed into The Bahamas killing at least 56 people and causing widespread destruction mainly on Grand Bahama and Abacos islands.

The government-appointed coordinator of hurricane relief efforts in Abaco, Algernon Cargill, also warned undocumented migrants against any plans of returning to Abacos Islands.

“For example, there are rumours that Haitians are returning to Abaco, correct? So they have no legal status to return to Abaco, so why are they returning to Abaco? So, when we say, ‘shouldn’t go back’, we’re actually referring to that group of people.

“They have no status or no reason to be there. You can’t tell Bahamians not to go to Abaco. But if persons who are illegally in The Bahamas, they should not be traveling to Abaco,” Cargill added.

Soon after the hurricane swept through the archipelago, Johnson had announced that the government would not carry out immigration exercises at shelters for hurricane victims.

“Having regard that we’re now facing a humanitarian crisis, the government is taking the decision that those immigration policies or enforcement measures be suspended forthwith in the affected areas – that’s the Abacos and Freeport, Grand Bahama,” he said then.

But he told the newspaper that migrants who have no legal right to be in country face deportation regardless of where they are in the Bahamas.

“Now, I would like to say that the hurricane has now gone, and so, immigration officials are no longer being utilized to rescue persons or in a humanitarian way and so to the extent that anybody would find themselves anywhere in The Bahamas, including Freeport and Abaco and they’re undocumented and they’re found, they will be apprehended and the law will take its course.”

Johnson said he has instructed the director and immigration officers “to protect the borders of country to enforce the immigration laws without “fear, favour or ill will.”

The newspaper reported that among the areas most impacted by Hurricane Dorian were shantytowns on Abaco, home to a significant migrant population and that thousands of people were evacuated from Abaco and Grand Bahama after the storm. Many of them are now in New Providence in shelters.