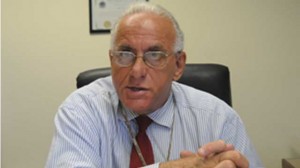 Dwyer Astaphan, a former Minister of National Security, agrees with Prime Minister Dr. Timothy Harris opposing the expansion of the CSME free movement of skilled workers to include beauticians, barbers and other categories.

Coming out of a special meeting of CARICOM heads of government in Trinidad in December to address the rate of implementation of the CSME, it was agreed that Agricultural Workers, Beauty Service Practitioners, Barbers and Security Guards would be added to the 10 categories of skilled nationals who are entitled to move freely and seek employment within the Community.

At a recent press conference however Prime Minister Harris said his government is not in favor of the additional categories.

“At one of the meetings there was discussion about adding to the free movement security officials and agricultural workers. St. Kitts and Nevis and Antigua said we wouldn’t be part of that at this particular moment in time because I couldn’t see how at this particular time we could say we’re bringing in agricultural workers and giving them the same right as a doctor, a lawyer, an engineer in areas where we have decided needs to be met and in the agriculture the situation is not the same.

“So Antigua said they needed a stay on that St. Kitts and Nevis also required a stay with respect to that. We have had the same issue with respect to the free movement of security workers and we’ve said we can find and train people here who would be able to provide the services.”

In an interview with Freedom FM, Astaphan said while he strongly supports regional integration, the process must be properly managed or it could reduce the opportunities of the people of St. Kitts and Nevis.

“Well I heard the Prime Minister’s comments and I agree with him and for the reasons he gave; but I will add something.

“Most of the barbers in St. Kitts right now are from other countries so barbering might be a lost skill in St. Kitts and Nevis if we don’t ensure our people get trained in it, and get into it as a way to make a good living, and similarly for beauty service practitioners- what does that mean, putting in the weaves and makeup and eyelashes and that sort of thing I imagine.

“Here’s the problem; there are weaker and stronger economies in the region and throughout the world. Those larger countries with maybe the exception of Dominica and maybe St. Vincent, have weaker economies. They have larger populations but less opportunity. They maybe have in raw numbers more skilled people, more unemployed people. Their people want a way out and that is obvious and understandable, while our people here need a way up. Their moving into our economy on an open basis- and don’t get me wrong, I’m not xenophobic and I’m a regional integrationist, but things need to be managed- gets them their way out but serves to prevent our people from getting on their way up.

“So until and unless we can find a formula that helps them with a way out of their difficulties and and at the same time doesn’t not impair or obstruct our people making their way up in their own country, then I wouldn’t support moves like this at the CARICOM level. And we’ve seen time and time again people coming into our country with special skills and very little of those skills being shared with our workers. So we start behind the eight ball and and remain there, and the government must ensure that our people’s opportunities for learning and earning is given the highest priority.”

“The social and political activist says including these categories of workers to an economy with an already high rate of unemployment could crowd out the existing St. Kitts and Nevis work force.

“How many barbers you know? Barbering must not be a dying profession in St. Kitts and Nevis. Beauty practitioners? You have 3000 people on STEP and you’re talking about bringing in barbers and agricultural workers and security workers and beauticians? The government is not saying it, the government is saying is saying ‘No’, we have to put a hold on that, and I agree with the government.

“But we can’t have 3000 persons on a social assistance and job development program and not being able to get work for one reason or other and you’re opening up the gate for people to come in and take away work from these people. As it is, it’s bad enough.

“We cannot justify opening up the gates completely in CARICOM for jobs when we have 3000 of our maybe 20,000, one seventh, that’s about 14% of our people in the work force, working on a government temporary work program – that just can’t happen; and I’m glad that the Prime Minister is taking that position.”