Antiguan gov’t not shaken by suit filed by Chinese national 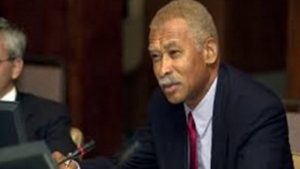 ST JOHN’S, Antigua (CMC) — The Antigua and Barbuda government says it is not perturbed by plans by a Chinese national to sue the government under the Citizenship by Investment Programme (CIP) after allegedly investing half a million US dollars.

Government spokesman and chief of staff, Lionel “Max” Hurst” said the woman, Al Yang, has every right to take legal action and challenge the government’s decision to revoke her Antigua and Barbuda passport obtained under the CIP programme.

He said he also disagreed with persons who are advocating that the legal action could damage the CIP.

“Not at all, in fact if anything it might just strengthen the CIP programme. Now the courts have to pronounce and whenever courts pronounce that lends clarity to lots of other things and so the end result in my view is greater clarity…on the whole subject of the CIP and the protections that are afforded to those who become citizens of Antigua and Barbuda,” he added.

Ai Yang, alleges that the government wrongfully attempted to revoke her citizenship and passport after she travelled to Canada and authorities there deemed her “inadmissible to Canada”.

She said as a result of the government’s action she was unable to return to Antigua and Barbuda and was kept in custody in Canada where she has been since July.

“The government of Antigua & Barbuda therefore cannot accept Ms Yang being removed to Antigua & Barbuda. Once the process of revoking the passport and citizenship is complete, the Consul-General will communicate same,” the letter noted without giving any reason for the investor’s removal.

Attorney Lawrence Daniels, who filed a multiplicity of applications and claims in the High Court on Tuesday told Justice Clare Henry that his client is seeking leave for judicial review of the government’s actions.

But the judge noted that his applications were not filed in conformity with the rules and as such he had to restart the process and file within seven days. The government has to reply by October 17 and the parties are to return for a hearing for guidance on November 10.