Home / Regional / Antigua No More Travelling To Get Canadian Visa

Antigua No More Travelling To Get Canadian Visa 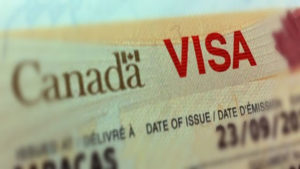 Antiguans and Barbudans will no longer have to endure the added expense of traveling to the Canadian High Commissions in Barbados or Trinidad to apply for a Canadian visa.

This is according to Minister of Foreign Affairs, E.P. “Chet” Greene, who made the major announcement through a press statement on Monday.

The release also said that the development was embraced openly by the minister who described it as a “great convenience” to Antiguans and Barbudans, “saving them both time and money since they will no longer have to travel to Trinidad or Barbados to provide their biometric details.”

Furthermore, the Minister praised the work of Ambassador Sir Ronald Sanders who, shortly after the introduction of visa requirements, advocated in Ottawa for a mobile Canadian team to visit periodically to gather the biometric data.

Greene said that for over a year, Ambassador Sanders has been meeting officials of the Canada Office of Immigration, Refugees and Citizenship as well as the Head of the Western Hemisphere Department of the Canadian Foreign Affairs Ministry.

He also pointed out that applications for Canadian visas have to be made on-line on the website of Canada Immigration, and once a letter of acceptance has been received, applicants can then provide their biometric data to the mobile Canada team.