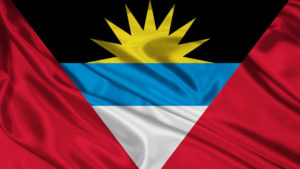 Antigua and Barbuda will soon be able to keep tabs on sex offenders and promote public safety once the Sex Offenders Register Bill 2022 is passed in the upper house.

On Monday, Parliament passed the bill which “aims to reduce incidence of sexual reoffending through the monitoring of convicted sex offenders, the sharing of sex offender information with participating jurisdictions within the Organization of Eastern Caribbean States and for other matters connected or incidental thereto.”

The bill was first brought before the House of Representatives on July 10.

It was then the subject of a public consultation due to concerns raised by some Members of Parliament.

The need to strike a balance between protecting potential victims of sexual crimes and respecting the Constitutional rights of sex offenders was a major sticking point during the public discourse surrounding the Sex Offenders Register Bill.

But on Monday, the piece of legislation saw the support of all Members of Parliament including the member for Barbuda Trevor Walker and the Leader of the Opposition in Parliament Jamale Pringle.

Walker -who was one of those who initially took issue with parts of the bill- was satisfied with the amendments made.

According to the Bill, the Commissioner of Police will establish, maintain and control a database in which all sex offenders over the age of 18 will be placed.

But in an effort to protect sex offenders, persons will have to apply to the COP for confirmation of whether a names individual is a registered sex offender.

After the bill is massed in the Upper House within the next few weeks it will become law, bringing the register into action.