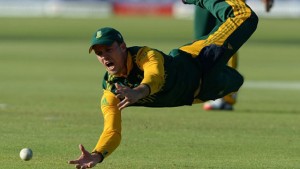 The Jamaica Observer has learnt that the Independent Anti-Doping Disciplinary Panel has set a hearing for March 23 at an undisclosed location for Jamaica and West Indies cricketer Andre Russell to answer charges of a whereabouts rule violation.

However, it is unlikely that Russell, who has not been provisionally suspended, will attend that initial hearing as he is slated to represent the West Indies in the March 8-April 3 ICC World Twenty20 in India.

The West Indies are slated to oppose England on March 16 at the Wankhede Stadium, Mumbai; then face Sri Lanka at the M Chinnaswamy Stadium, Bangalore, on March 20; before facing South Africa five days later at the Vidarbha Cricket Association Stadium, Nagpur. They close out their Super 10 Group One schedule two days later against a qualifying team at the same venue.

It emerged recently that the 27-year-old Russell had missed three anti-doping tests within a 12-month period, and last Friday the Jamaica Anti-Doping Commission (JADCO) issued a statement that it had referred the matter to the Independent Anti-Doping Disciplinary Panel and was awaiting a date for the hearing.

However, when contacted for a confirmation on the hearing date last evening, Carey Brown, executive director at JADCO, offered very little. “I can’t say,” was his response, despite the fact that the matter of the hearing is not a secret. Efforts to contact the secretariat of the Independent Anti-Doping Disciplinary Panel, which operates out of the Office of the Prime Minister, proved futile.
However, former Director of Public Prosecution Ken Pantry, who chairs the Independent Anti-Doping Disciplinary Panel, told the

Russell, who helped the West Indies to win the World Twenty20 back in 2012, faces a possible two-year ban from cricket if found guilty of the offence.

On Saturday, West Indies Cricket Board President Dave Cameron made it clear that Russell was not suspended and will play at the World Twenty20.