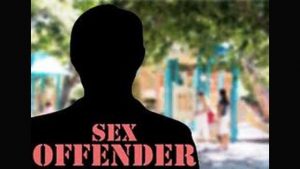 A young woman is accusing a government official of sexually assaulting her at a restaurant in Jolly Harbour and the police are yet to take the suspect into custody.

The 37-year-old complainant reported to officers at the Johnson’s Point Police Station on Sunday, that the official, a member of the current administration, walked up to her, held her, kissed her and forced his tongue into her mouth without her consent.

She said the incident occurred at 10:45 pm on Saturday July 6th.

At the time of the alleged incident, the complainant was at a restaurant in Jolly Harbour waiting for her husband – a policeman – to pick her up and take her home. After allegedly forcing himself on the woman, the official reportedly left the restaurant in his vehicle and, according to reports, lawmen did not find him when they went in search of him.

The police have lodged the report as a case of Indecent Assault which falls under the Sexual Offences Act, making it unlawful for the media to publish or broadcast the name of the suspect unless there is a conviction. But first he would have to be charged, and that has not occurred.

The accused is said to be well-known to his victim and it is not the first time a female has lodged a sex offence complaint against him.