Home / Regional / An American tourist is accused of killing a hotel worker in Anguilla. He says it was self-defense

An American tourist is accused of killing a hotel worker in Anguilla. He says it was self-defense 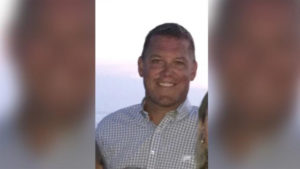 A vacationing Connecticut man is accused of killing a worker at a resort on the eastern Caribbean island of Anguilla, according to local authorities.

According to a statement from the Royal Anguilla Police Force, Gavin Hapgood, 44, faces a charge of manslaughter in connection to the death of 27-year-old Kenny Mitchel, a Dominican national and maintenance worker at the Malliouhana resort, in Anguilla — a British territory in the Caribbean that’s a popular tourist destination.
A representative for Hapgood, who was vacationing with his family, said the killing was in self-defense, and that Mitchel was “armed and demanding money” when he showed up to Hapgood’s hotel room uninvited on April 13.
The circumstances surrounding Mitchel’s death remain unclear.
It’s also unclear whether Hapgood has hired a US-based attorney. Reached for comment, Thomas Astaphan, a defense attorney for Hapgood in Anguilla. declined to comment.
An autopsy revealed the cause of death was “prone restraint and positional asphyxia.” There were also signs of blunt force trauma to the head, torso and abdomen, Anguilla police spokesman Randy Dick said in a statement.
“His (Hapgood’s) daughters were present when the incident occurred,” Dick told CNN in an email.
Police said they had no prior interactions with the Hapgood family, and that there was no available security-camera footage of the incident from the hotel.
Hapgood was subsequently arrested and charged with manslaughter, according to police. He was arraigned on April 17, and was initially denied bail, police said.
But after an appeal by his attorney, he was granted a $75,000 bond and left the territory, on the conditions that he return for an August 22 court date and return within three days of each subsequent hearing.
“Based on the legal advice that was given a decision was made to charge Mr. Gavin Hapgood for the offence of manslaughter,” Dick said in a statement on the police department’s Facebook page.
The spokeswoman for Hapgood said Mitchel had come to the room uninvited and “attacked without warning” before he was killed.
“Neither invited nor expected, the worker showed up unannounced in uniform at the hotel room, claiming he was there to fix a broken sink before carrying out his sudden, violent attack on the family,” Kelcey Kintner, a spokeswoman for Hapgood, said in a statement.
“A dedicated father and husband and respected member of his community,” she said, “(Hapgood) and the members of his family have been traumatized by the assault they survived and are thankful to be alive.”
But Mitchel’s uncle, Victor Mitchel, denied that claim to CBS News.
“Kenny was just not a person who’d give anybody problems,” he said.