Home / International / Abortion Is Motivating Voters, but Republicans Would Rather Change the Subject

Abortion Is Motivating Voters, but Republicans Would Rather Change the Subject 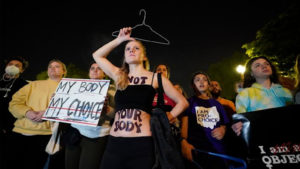 In Wisconsin, Tim Michels, a Republican running for governor, promised activists that he would never “flip-flop” on his support for an 1849 law that bans abortion except when a woman’s life is threatened. Less than three weeks later, he changed his stance.

In the Phoenix suburbs, staffers whisked away Juan Ciscomani, a Republican House candidate, citing an urgent text, after he was asked by a voter whether he supported abortion bans.

And in New Hampshire, Don Bolduc, the Republican running for Senate, described abortion as a distraction from the “really important issues.”

In races across the nation, Republican candidates are waffling on their abortion positions, denying past behavior or simply trying to avoid a topic that has long been a bedrock principle of American conservatism. Less than a month before the midterm elections on Nov. 8, the party lacks a unified policy on abortion, unable to broadly adopt a consistent response in the 3 1/2 months since the Supreme Court overturned Roe v. Wade.

Republican positioning on abortion drew renewed attention last week, when Herschel Walker, the party’s Senate nominee in Georgia, was accused by an ex-girlfriend of paying for one abortion and unsuccessfully urging her to get a second one. Walker takes a hard-line stance against the procedure, supporting abortion bans with no exceptions for rape, incest or to save the life of the mother.

For decades, Republicans pushed to overturn federal abortion rights, viewing the issue as an easy rallying cry to identify with a culturally conservative base. Focusing on the country’s highest court allowed them to largely avoid difficult, life-or-death issues — life-threatening pregnancy complications, exceptions for child rape, diagnoses of rare and fatal conditions in fetuses. And given that few voters fully believed Roe would be overturned, they were rarely pressed on the specifics of their views.

The court ruled in June that each state can formulate its own abortion policy, exactly what small-government conservatives had long wanted. But it had another consequence, plunging the party into months of politically toxic debates.

“You hear some of these Republican state legislators, and it’s like, for the first time they are thinking about this and realize that this is a complicated issue with lots and lots of circumstances that are not black and white,” said Christine Matthews, a pollster who has worked for Republicans. “A lot of these male legislators are realizing, ‘Oh, this is really hard to legislate.’”

To escape some of those difficult questions, many Republican candidates have been trying to avoid the debate altogether. For weeks, some Republicans have been erasing sections about abortion from their websites, changing their positions on state bans and trying to refocus the national conversation on inflation, crime and the country’s southern border.

“I do believe it’s caught them slightly off guard with just how bad an issue this is for them,” said Sarah Longwell, an anti-Trump Republican strategist who leads focus groups. “The party has opted for changing the conversation entirely because abortion is just bad terrain for them.”

Some party leaders and strategists have urged candidates to adopt poll-tested positions popular with large swaths of independent voters: No restrictions on contraception, no bans before about 15 weeks and including exceptions for rape, incest and life of the mother. But those policies are a compromise position, falling short of the long-held goal of the party’s socially conservative wing to end all abortions. They also clash with some of the past language and positions of Republican candidates.

That has left candidates, particularly those in purple states, caught between the more moderate views of independent voters and a conservative base that views the court’s ruling as the beginning of restrictions, not the end. Now, many of the party’s candidates in the most competitive contests are racing to recast their positions.

“I’m winning because people see a strong leader, a man of conviction, a man who doesn’t waffle, a man who doesn’t flip-flop,” Michels, the Republican nominee for governor in Wisconsin, told Republican activists and officials on Sept. 6 about the state ban. “I’m going to stick with what I know is right.”

But within weeks, he reversed his stance on opposing expanding exceptions to a Wisconsin abortion ban, saying that, if elected, he would sign legislation to to include rape and incest.

Many of the pivots have been even less artful. In Maine, a former governor, Paul LePage, is running to lead the state again and repeatedly stumbled over a question about whether he would sign more restrictive abortion laws if elected. “I don’t know what you mean by 15 weeks, 28 weeks. Because I don’t know,” LePage said after a protracted exchange on a debate stage last week.

And in Arizona, a spokesperson for Kari Lake, the Republican nominee for governor, had to clarify last week that Lake was not advocating changes to the state’s near-total abortion ban after she told a Phoenix talk-radio host that the procedure should be “rare and legal.”

In an interview with CBS News on Sunday, Lake said she was trying to articulate how far the Democratic Party had moved from its Clinton-era talking points of “safe, legal and rare,” asserting that the procedure has become “anything but rare.” But she refused to say whether she would pursue restrictions on abortions sooner than 15 weeks into pregnancy, diverting the conversation to adoption and falsely casting her Democratic opponent as supportive of “abortion right up until birth.”

Her remarks follow guidance circulated by some party strategists who are urging their candidates to flip the script, labeling Democrats as the “extremists” on the issue. That message has been adopted by a number of high-profile Republican Senate candidates in recent debates, including Ted Budd in North Carolina, Blake Masters in Arizona and J.D. Vance in Ohio.

“We’ve been encouraged to see pro-life Republicans in high-profile races increasingly use this strategy to show contrast to their advantage,” said Mallory Carroll, a spokesperson for Susan B. Anthony Pro-Life America, an advocacy group that opposes abortion rights.

But other Republican strategists and party officials argue that the potency of the issue is fading as economic concerns grow more intense, and they are urging candidates to focus instead on rising prices and violent crime.

“To sustain that level of interest and enthusiasm in the current political climate for five months is very difficult, especially with more pressing personal pocketbook issues hurting voters,” said Robert Blizzard, a Republican pollster engaged in a number of midterm races.

Mark Graul, a longtime Republican strategist based in Wisconsin, said that right after the Supreme Court decision, the abortion issue was “very much front and center.”

But in the final weeks of the race, Graul said, voters are saying, “‘I care about that, but I care about how much it costs to fill up my car and buy groceries. And is my family going to be safe?’” He added: “I think they’re starting to care about that more.”

While polls show that the majority of voters support a federal right to an abortion, Democrats are not favored to maintain control of Congress, given still-high inflation, concerns about crime and President Joe Biden’s low approval ratings.

Still, Democrats are trying to ensure that Republicans cannot escape so easily. After decades of treating the issue as a second-tier priority, the Democratic Party has made abortion rights a centerpiece of its fall campaign, spending nearly $213 million to blanket the airwaves with ads about it, according to AdImpact, an advertising-tracking firm.

Celinda Lake, a veteran Democratic pollster and strategist, called the political debate over abortion rights “the best thing going for the Democrats.”

“It can’t be the only thing going for the Democrats,” she added. But many Republicans, she said, are “having a lot of difficulty” discussing the issue.