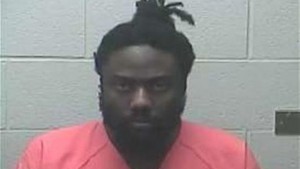 BISMARCK, ND (AP) — A 25-year-old man was convicted Thursday for his role in a Jamaican lottery scam that authorities say cost victims around the country millions of dollars.

Sanjay Williams, of Montego Bay, Jamaica, was found guilty of conspiracy, wire fraud and money laundering and faces up to 40 years in prison.

Investigators described Williams primarily as a “lead broker” who bought and sold “sucker lists” of potential victims. He was the only one of 32 defendants to opt for trial; about a dozen defendants are awaiting extradition from Jamaica.

Prosecutors said Williams, who was arrested in North Carolina, was the first person from Jamaica convicted of selling the lead lists used in the scam.

“I hope it makes a difference,” Assistant US Attorney Clare Hochhalter said. “I hope it sends a message to the people who continue doing this crime.”

Defence attorney Charlie Stock said he hadn’t decide on whether there would be an appeal. “I need to speak with Mr Williams to see where he wants to go,” he said.

Jurors in US District Court in Bismarck had deliberated since Tuesday afternoon before reaching a verdict.

Prosecutors said the case came to light four years ago when Edna Schmeets, 86, of Harvey, North Dakota, received a call from a man who told her she had won $19 million and a new car, and needed only to pay taxes and fees. The process dragged on until the widow’s savings were wiped out, a sum of about $300,000.

Hochhalter told jurors that the subsequent investigation identified more than 70 people — mostly older and vulnerable citizens — who were scammed out of more than $5.2 million. About a dozen victims testified during the trial by video and in person.

The victims “came from all walks of life and from across the country” and ranged from a woman who owned three successful businesses to a World War II fighter pilot, Hochhalter said, adding that some of the victims “as little as weeks ago were still sending money.”

Stock said in his closing arguments that the case wasn’t about sympathy, but about evidence.

Stock said that so many people involved in the scheme used fake names and IDs that it’s difficult to believe most of the witnesses, one of whom he described as a “heroin addict and thief”. Investigators did not look into whether his client was himself a victim of identity theft, Stock added, pointing to an incident in which Williams’ email was hacked.

Hochhalter told jurors that investigators reviewed more than 500,000 documents, including 50,000 emails — many of which linked the scam to Williams.

Cpl Kevin Watson, a member of a Jamaican agency comparable to the FBI, testified during Williams’ trial.

“We have been fighting this monster called lottery scams for three years and this is a significant step for both the Jamaican and US governments,” said Watson, who helped found a lottery task force in late 2012.

Watson estimated lottery scams are a $30 million annual industry in Jamaica, and said a law passed there in 2013 has led to some 700 arrests and a 90 percent conviction rate of scammers.

US District Judge Daniel Hovland did not set a sentencing date or the amount of restitution Williams must pay. Hovland told Williams that he would receive a “significantly lesser sentence” if he cooperated with federal investigators about other scammers.

“Obviously, you have some knowledge of the Jamaican lottery scam,” Hovland said.