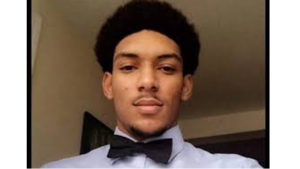 Glenville Hodge, 23yr Old male of Island Harbour, was charged for the offence of

Mr. Hodge appeared before the Magistrate Court on Wednesday 11th September 2019 and was remanded to Her Majesty Prison.

The RAPF would like to remind the public that:

a) The defendant is entitled to a fair trial;

b) There is a presumption of innocence until proven guilty;

c) Nothing would be stated or published which would prejudice a fair trial taking place; and