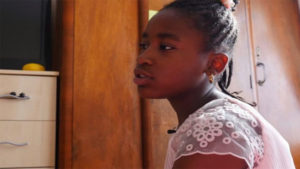 PETITION: Support pre-teens suspended for asking to be excused from LGBT lesson. Sign the petition here.

LONDON, July 1, 2019 (LifeSiteNews) — A 10-year-old who was suspended from school for a week after asking her teacher permission to be excused from participating in a “Pride Month” LGBT lesson has gone on the record to explain the real dangers of the invasion of LGBT ideology in her school.

“Before anybody knew what LGBT meant, everybody knew what gender they were,” explained Kaysey, who, along with her classmate, Farrell, was suspended from the Heavers Farmer Primary School, located in Croydon, South London.

“But now people are confused,” continued the precocious 10-year-old, “and they’re saying that they’re bisexual and trans because they’re confused.”

“Before this happened, they were completely confident of who they were but now they’re not,” she added.

“It’s really affecting other kids,” explained Kaysey, “because now they’re losing confidence in [them]selves and looking at [them]selves and asking, ‘Why am I this person? Why can’t I be someone else?’”

“Before all this happened, people knew who they were,” said Kaysey. “School children are now facing the choice of what gender they are by the age of four.”

Susan Papas, the head of Heavers Farmer Primary School, Croydon, South London, who banned the children from the school for five days for alleged anti-LGBT comments, has been reported to the local authorities for what amounts to an unlawful act.

Christian Concern, an advocacy group seeking to restore the United Kingdom to the Christian faith, recounts the incident that led to the two students’ suspension:

On June 20, Farrell, sitting next to his friend Kaysey in class, asked his year 5 class teacher, “Sir, please may I not take part in this lesson?” when the teacher handed out LGBT material for colouring. The teacher refused permission saying that the LGBT lesson was part of the curriculum.

After class, the form teacher is said to have accused Farrell of using “homophobic language” for allegedly saying, “LGBT sucks and LGBT’s dumb,” which the child denies.

Farrell, who was sitting with female pupil Kasey says he is a Christian and told a “visitor teacher” he did not “accept LGBT” because of his religion.

The teacher asked the two children, “Do you want them to die?” “We said no,” Farrell replied. If, however, they went back to their countries, they would be punished for being gay, Farrell told the teacher.

The teacher asked Farrell where he was from. Farrell said he was of “African Jamaican” heritage, and because there “everybody is Christian and Catholic, so they don’t accept LGBT.”

Papas then put the children in different rooms and asked Kasey [sic]: “How dare you say that you want to kill LGBT people?” Kasey [sic] replied: “I didn’t say kill.” Papas then shouted at her and said, “Yes, you did, and don’t lie.”

Kaysey, a pentecostal Christian, says she was kept in detention for five hours from 10am to 3pm.

Kaysey’s and Farrell’s version of the story, which differs widely from what their teacher and the head of their school alleged, has been corroborated by their classmates.

“This is why parents are beginning to see the dangers of the imposition of the new sexual and gender ideology that does not permit dissent even from innocent ten year old children,” said Andrea Williams, chief executive of the Christian Legal Centre, which is aiding the two students and their families in this matter.

“This incident highlights again just how aggressive and intolerant the LGBT agenda can be,” continued Williams. “An ideology that has to resort to such heavy-handed tactics to force ten-year-old children to accept something that instinctively they do not, only highlights how life-crushing that ideology is.”

“Here we see the fragility of this whole sexual agenda imposed on our children and unable to withstand the challenge of innocent ten year old children,” noted Williams.

“When bullies know that right is not on their side they resort to coercion and intimidation. That is exactly what is being played out in Heavers Farm Primary School,” Williams added.