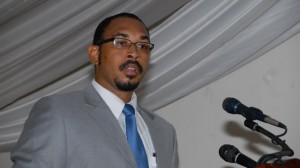 on Sunday, that in the 2020 elections PAM must win six (6) seats to form a PAM Government on its own and be prepared to form a Unity Government.

Powell said he had already made up his deficit of 98 votes from the February 16th elections in which he lost to SKNLP’s representative in #2 Marcella Liburd.

Powell told the golden anniversary PAM celebrants at the party headquarters on Lockhart Street, that he had shared this aspiration with the #6 PAM candidate Vernon Connor,

who lost heavily to former Prime Minister Denzil Douglas, urging him to do the same.