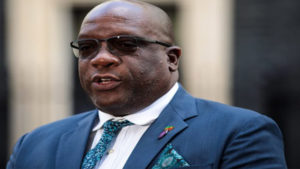 Prime Minister Dr. Timothy Harris is outright denying would-be investor Alki David’s claim that they met at hotel he was staying to discuss the proposed CDB hemp venture in St. Kitts. At that meeting on Sunday David alleges, he was asked to do something he didn’t want to do and the talks broke down, leading to the arrest of his business partner. The billionaire heir has not said what he was being asked to do.

On Thursday, Dr. Harris dismissed the claims of a meeting with the foreign investors as political mischief.

“That is a malicious statement and it’s akin to the kind of Cambridge Analytica approach which the Douglas party has taken with respect to matters of the state is to tell the most mischievous lie and hope that the public would believe because the public would not imagine how low they would stoop.

“I want to make it absolutely clear that neither Mr. David nor Mr. Edward or Mr. Charles or whatever name he carries are friends, investors, or partners or have any relationship with myself and I have never organized or engaged in any meeting with either parties. There was no meeting of the type those who are believing and perpetrating a big lie has talked about.”

Prime Minister Harris claims all he had was a brief interaction with David, who had approached him in a confrontational manner over his arrest. He denied ever knowing who David was up until that point.

“I knew of Mr. David after the matter broke in the news and let’s not forget the sequence. I was away in Costa Rica up until May 8. By the time I got home this matter had already become an international story I think it was about the 9th Mr. David was charged on the advice and guidance of the Director of Public Prosecutions, according to the release from that office. At Sunday last I had reason to be at the Park Hyatt; I was accosted by a gentleman who in the end identified himself as Mr. David, and we had an interaction for about a minute and a half because once I realized who he was I got a preview of the kind of character, unstable and unbalanced he was. He said to me your government arrested me illegally and I looked at him in disbelief- one, I didn’t know who he was until he made the approach and secondly that he would come to the head of a country in that particular matter. I said to him if you come to a country and you don’t know the laws you should consult with your lawyer or the government; and before I could have finished that the guest and whom I was waiting to have a lunch arrived and Mr. David walked away.”

The Prime Minister however admitted to knowing Alki David’s business partner Charles Edwards who also goes by Chase Ergen but denied meeting with him as Alki David had suggested. He explained his connection to Ergen came years prior when he had cause to intervene with regard Ergen and an Interpol investigation.

“With regard to Charles Edwards we never had any meeting whatsoever Charles Edwards is a personality from whom you keep 10 miles apart for Mr. Edwards has shown a temperament that would not encourage anyone to attempt to have even a conversation with him and I have not had a conversation with Mr. Ergen on his visit to St. Kitts of recent vintage.”

Edwards was arrested that same Sunday and on Wednesday charged with the use of Threatening Language, Resisting Arrest and Battery on Police. He had been in police custody since his arrest and was scheduled to go before the magistrate court for a bail hearing on Friday.